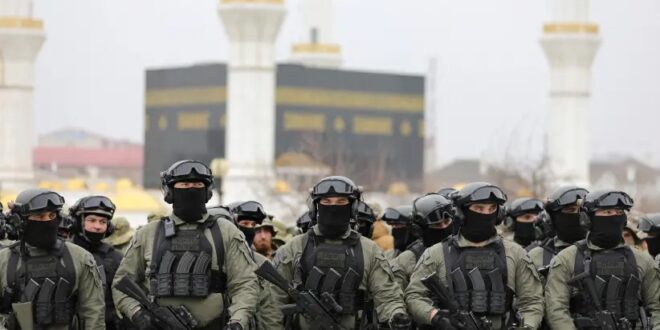 12,000 Russian soldiers allegedly KIA * Russian major general among those slain * Over 60 Ukrainian hospitals out of action

Russia is reportedly enlisting a thousand mercenaries from the “Wagner” group and freezing all contracts of military personnel.

“Russia is conducting covert mobilization, forbade the fighters to terminate contracts and plans to transfer up to a thousand militants from the private military company “League”, formerly Wagner, to Kyiv.” The Ministry of Defense of Ukraine has reported.

“In order to stop the outflow of personnel, the military leadership of the RF Armed Forces decided to ban the termination of contracts for military service. In order to strengthen the grouping of troops in the direction of Kyiv, Russia plans to transfer up to a thousand militants from the private military company “League” (former “Wagner”)” The ministry explained.

Sixty-one hospitals in Ukraine are not operational because of attacks by Russian forces, Health Minister Viktor Lyashko said on Tuesday.

“Terrorists from the aggressor country have put 61 hospitals out of action,” he said on television, adding that the authorities were unable to deliver critical medical supplies to front-line communities because of a lack of “humanitarian corridors.” Russia denies attacking civilian targets.

A total of 1,335 civilian casualties in Ukraine, including 474 killed and 861 injured, have been verified since Russia’s invasion began on Feb. 24, The United Nations human rights office reported on Tuesday,

But the civilian toll was incomplete pending corroboration of reports, it said in a statement: “This concerns, for example, the towns of Volnovakha, Mariupol, Izium where there are allegations of hundreds of civilian casualties.”

Its previous death toll for civilians killed, issued on Monday, was 406 civilians.

“Not a day has passed without news of dozens of civilian casualties that resulted from indiscriminate bombing and shelling of residential areas of major Ukrainian cities,” Yevheniia Filipenko, Ukraine’s Ambassador to the U.N. in Geneva, told the U.N. Human Rights Council on Tuesday.

Russian forces allegedly lost 1,000 military personnel in a day, reaching a total of 12,000 killed in action since the fighting began 13 days ago, the Ukrainian military claimed Tuesday morning. Among those slain on Tuesday were reportedly senior officers.

“Ceasefire violated! Russian forces are now shelling the humanitarian corridor from Zaporizhzhia to Mariupol,” the Ukrainian Foreign Ministry tweeted on Tuesday. This is the fourth time humanitarian efforts have been broken by fighting.

Deputy Prime Minister Iryna Vereshchuk said 30 buses were en route to collect evacuees from the port city of Mariupol. There were signs Russian forces were firing in the direction of a route for humanitarian aid, she said, without providing further details.

“Russia continues to directly target evacuation corridors, resulting in the death of several civilians whilst trying to evacuate Irpin,” the UK Defense Ministry said in a Tuesday intelligence update.

Both Russia and Ukraine announced humanitarian corridors and limited ceasefires in different areas, but there has been a dispute about which evacuation efforts were approved by both sides.

The Russian Foreign Ministry said that it had declared a temporary ceasefire on Tuesday morning, and was ready to provide humanitarian corridors from Chernihiv, Kyiv, Sumy, Kharkiv, and Mariupol. On Monday, humanitarian corridors provided by Russia were criticized as false offers, as the corridors all led into Russian and Belarusian territory.

A corridor was approved by Ukraine from Sumy to central Ukraine, RIA reported on early Tuesday. The corridor opened 11:00 a.m. Moscow time and ended at the Ukrainian city of Poltava.

According to RIA, Ukrainian Deputy Prime Minister Irina Vereshchuk stressed that “No other routes were agreed upon.” Vereshchuk sent proposals to the ICRC and Russia for different corridors from Volnovakha, Mariupol, Kyiv and Kharkiv to the west of the country.

Oleksiy Kuleba, governor of the Kyiv region, said more than 150 people had been evacuated from Irpin by 0730 GMT.

In Monday negotiations between Russia and Ukraine in Belarus, “Small, positive developments” in agreeing on logistics of the humanitarian corridors were made, Ukrainian negotiator Mykhailo Podolyak said on Monday evening.

The number of refugees fleeing the Russian invasion of Ukraine has now increased to 2 million, the head of the UN refugee agency UNHCR said on Tuesday.

The Russian military has reportedly lost 12,000 personnel in combat in Ukraine, the General Staff of the Armed Forces of Ukraine claimed on Tuesday morning. The alleged milestone of losses comes after a Russian major general, Vitaly Gerasimov, was killed in fighting near Kharkiv on Monday, Ukraine’s intelligence directorate (GUR) claimed.

Under mounting criticism by Russian families, Russian President Vladimir Putin said on Tuesday that “conscripts do not and will not participate in hostilities, and there will be no additional call-up of reservists from the reserve. Only professional military personnel can solve the assigned tasks,” TASS reported.

The Ukrainian foreign ministry claimed on Tuesday that an airstrike had hit two oil depots in Zhytomyr and Chernyakhiv.

A US ban on imports of Russia’s oil sparked a further increase in the oil price. Prices have surged more than 30% since Russia invaded its neighbor on Feb. 24.

Russia – the world’s second-largest exporter of crude – has warned the cost will skyrocket further if the West implements bans.

The separatist Luhansk People’s Republic militia claimed on Tuesday that it had killed 278 Ukrainian fighters, and destroyed 16 tanks, 50 armored fighting vehicles, 15 other ground vehicles, and 11 UAVs.

As day 13 of the Russian invasion dawned, the Russian advance has not made much progress, the Ukrainian military claimed on Tuesday. Combat continued in the areas of Chernihiv and Kyiv. An early Tuesday morning UK Defense Ministry intelligence update said that Ukrainian resistance around Kyiv was still present in “the nearby towns of Hostomel, Bucha, Vorzel and Irpin.”

The mayor of Irpin, Alexander Markushin, said on Tuesday that the day prior he had “received a message from the occupiers threatening my life and health and a factual demand for full surrender of Irpen.”

Some areas have suffered heavy bombardments. Authorities in the Sumy region said 21 civilians, including two children, had been killed in a Russian airstrike on a residential street in Sumy late on Monday. President Volodymyr Zelensky said a child had died of dehydration in Mariupol.

Ukraine’s military said that the Russian FSB intelligence service was using tactical teams to rout Ukraine forces in Kherson, which is under Russian occupation.

The Luhansk People’s Republic militia claimed on Tuesday that it had seized a total of 54 settlements since the beginning of the fighting.

Ukrainian President Volodymyr Zelensky continued to call on the international community to impose a no-fly zone above Ukraine. Zelensky said in an interview for ABC News that “We want parity in the sky, at least so that there is a balance. We cannot give the advantage only to the Russian Federation, because it bombs us, shoots us, throws bombs, launches missiles, combat helicopters, fighters, planes — many things. We do not do that because we do not have the sky, we do not control it.”

Former Ukrainian president Viktor Yanukovych reportedly told Zelensky to do what was needed to end the war, RIA reported on Tuesday.

“I understand very well that you have many ‘advisers,’ but personally you are obliged to stop the bloodshed at any cost and reach a peace agreement. This is expected of you in Ukraine, Donbas and Russia,” said a text allegedly written by Yanukovych and published by RIA.

Zelensky reportedly said that Kyiv is open to compromise on Crimea and Donbas, RIA reported on Tuesday morning.

Monday talks in Belarus “did not significantly improve the situation,” Podolyak said on Monday evening.

Post Views: 181
Previous How the US Could Solve the Ukraine Crisis Tomorrow
Next Russia-Ukraine War: What is a thermobaric bomb?