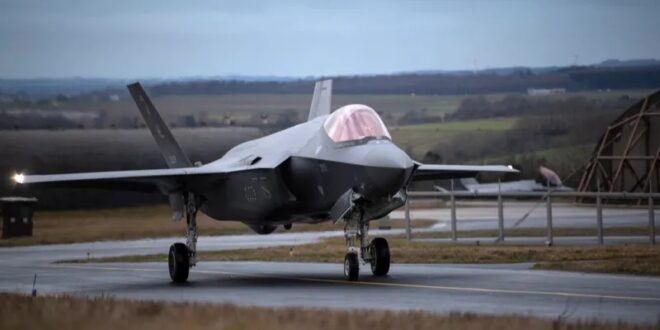 Following Germany’s decision to increase its defense spending to 2% of its economic output in response to the Russian invasion of Ukraine, Berlin is now set to purchase 35 units of the modern and advanced F-35 Joint Strike Fighter jet to replace its aging fleet of Tornado aircraft. It can be remembered that the German Defense Ministry previously ruled out purchasing the F-35 in 2019, where they initially preferred the fourth-generation Eurofighter Typhoon or the F/A-18E/F Super Hornet to replace the Tornados.

This move comes after the return of heightened nuclear threats, as Russia had previously put their nuclear force on a “special regime of alert” during the start of their invasion of Ukraine. This left the US, along with other main players in the conflict, stunned as Putin had threatened them with nuclear weapons. While it is unlikely that the Ukrainian conflict would generate a nuclear war at the moment, Russia cannot be taken for granted in terms of its nuclear capability. It has the world’s largest nuclear arsenal at 6,300 warheads, with the US trailing at 5,800 nuclear warheads.

It looks like the Germans are putting their 100 billion euro military budget to good use. These F-35 Lightning II aircraft are capable of carrying nuclear weapons(should Germany ever make them) and, of course, defending German air space when the time requires. The Luftwaffe, along with German Air Force commander Ingo Gerhartz stated that buying the F-35s was necessary at present due to Russia’s aggression in the region.

“There can be only one answer to [Russian President Vladimir] Putin’s aggression,” said the commander. “Unity in NATO and a credible deterrent. This in particular means there is no alternative but to choose the F-35.”

Post Views: 103
Previous Russia Threatens To Put US “In Their Place” After Biden Called Putin A War Criminal
Next UN extends Afghanistan mission for another year