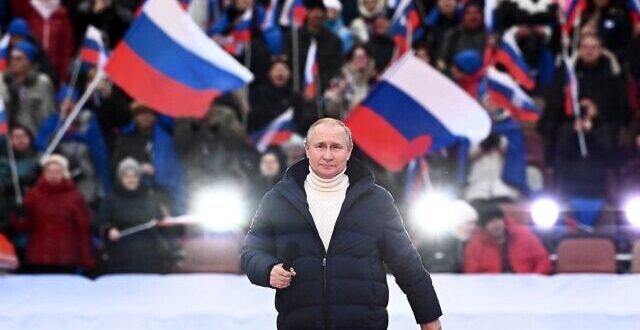 US sees Putin moving away from bid to conquer Ukraine, toward holding its southeast

With his forces apparently failing in Kyiv, Russian leader focused on securing strategic territory, forcing concessions via sieges, according to reported assessment by US officials

Unnamed senior US officials have said they believe Russian President Vladimir Putin is changing tack and will no longer focus on conquering all of Ukraine, including the capital Kyiv, and installing a Moscow-aligned regime, as was apparently his original plan, according to a Monday report.

After Russian troops did not quickly take Ukraine as they expected, the objective is now to hold areas seized in the southeast of the country while continuing with siege tactics against cities in other regions in order to extract key concessions including a pledge of Ukrainian neutrality, the Wall Street Journal reported.

“Based on our assessments militarily, it does appear that he is reverting to siege tactics,” said one US official, who spoke anonymously.

“The quick decapitation of the Ukrainian government didn’t work,” said Daniel Fried, a former senior State Department official who served as US ambassador to Poland. “Now he just wants to pound them because they are resisting and therefore it must be purged. It’s Stalinesque.”

The siege tactics seen at the battered seaport of Mariupol and other cities are reminiscent of the methods Russia used against Grozny in 1999 and 2000 during the Second Chechen War, when Putin became Russia’s prime minister and then its president.

So far, Russian forces have pushed into the streets of Mariupol, though they have yet to take the strategic city, whose fall would be a major step toward creating a land corridor to Crimea, a peninsula that Russia invaded in 2014 and then annexed. Ukraine rejected a Moscow deadline to surrender Mariupol by Monday. Thousands have reportedly died in the city in Russia bombardments since the February 24 invasion of Ukraine.

However, the officials noted that the situation is shifting and Putin “might expand his war aims, should his military begin to have more success against Ukraine’s forces.”

The report said the information was not a formal intelligence assessment, but rather the opinion of some officials who however were not saying the “Plan B” strategy would work. It also noted that other analysts have pointed out how difficult it is to determine Putin’s real goals and are therefore wary of making assessments based on the military situation on the ground.

John Herbst, a former US ambassador to Ukraine, assessed that Putin sees ongoing, but so far unsuccessful, peace talks with Ukraine as a way to prod the West into offering concessions while scoring publicity points at home by showing he is open to a diplomatic solution.

Putin, he said, has not given up on his objectives of forcing Ukraine to recognize Russian sovereignty over Crimea, give up control of the Moscow-aligned Donbas region, and abandon its moves to ally with the West — in particular its aspirations to join the North Atlantic Treaty Organization.

As many as 7,000 Russian soldiers have been killed and the invading forces are dogged with logistics problems as well as a dwindling supply of precision-guided munitions, according to US assessments quoted by the WSJ.

The question of Kyiv

Some of the officials who spoke to the WSJ said the status of the capital is an open question, and it is unclear whether Russia has the ability to take and hold Kyiv in the face of Ukrainian resistance, or even completely cordon off the city.

However, a Monday report by British intelligence said Kyiv remains the focus of Russian military plans, despite the “continued lack of progress” there by Putin’s troops.

The UK intelligence report concluded that “Kyiv remains Russia’s primary military objective and they are likely to prioritize attempting to encircle the city over the coming weeks.”

The reports came as at least six people were killed in an overnight bombing on a shopping center in Kyiv, an AFP journalist said Monday.