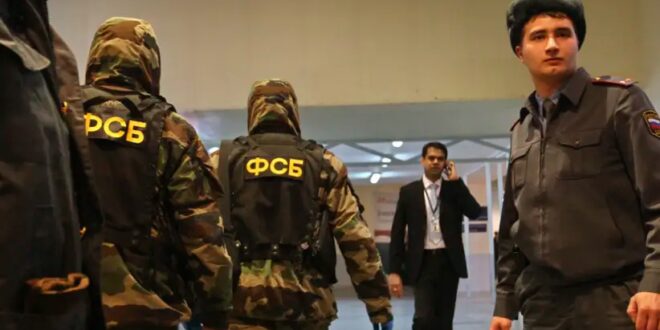 Foreign reports have indicated that Russian authorities are bickering over their invasion of Ukraine.

Russian authorities are split over their invasion of Ukraine, with a commander of the Russian intelligence service placed under house arrest, according to reports in recent weeks.

Colonel-General Sergei Beseda, the head of the Fifth Service of the FSB intelligence service, and Beseda’s deputy were being held under house arrest, according to a report by the Center for European Policy Analysis (CEPA) non-partisan think tank.

The Fifth Service was responsible for providing Russian President Vladimir Putin with intelligence about Ukraine leading up to the war. “It looks like two weeks into the war, it finally dawned on Putin that he was completely misled. The department, fearful of his responses, seems to have told Putin what he wanted to hear,” Russian investigative journalists Irina Borogan and Andrei Soldatov wrote in the CEPA report.

Russian authorities have not confirmed the reports that Beseda is under house arrest.

The two journalists added that they have been following the Department of Operative Information (DOI), the FSB’s foreign intelligence branch, since it was founded as a directorate in the late 1990s.

Beseda was targeted by sanctions implemented by the US, UK and European Union in 2014, amid unrest in Ukraine and the Russian occupation of Crimea.

On Saturday, a US official told The Wall Street Journal that the reports about Beseda being placed under house arrest were “credible,” adding that bickering had broken out between the FSB and Russian Defense Ministry concerning the invasion of Ukraine.

While foreign media reports and statements by foreign officials indicated that Russian authorities initially believed that they would be able to take Kyiv, the capital of Ukraine, within a matter of days, nearly a month later Russian forces have still failed to do so, as Ukrainian forces put up a strong resistance and Western-aid pours in to the country.

Jeffrey Edmonds, a former CIA and National Security Council official specializing in the region, told The Wall Street Journal that “It is hard to imagine some senior intelligence person talking with Putin and not telling Putin what he wants to hear, especially if it is a belief that is deeply held, like Putin’s beliefs about Ukraine.”

Vladimir Osechkin, an exiled Russian human rights activist, confirmed the arrest to The Times as well, adding that FSB officers had searched over 20 addresses around Moscow of fellow FSB officers suspected of being in contact with journalists.

“The formal basis for conducting these searches is the accusation of the embezzlement of funds earmarked for subversive activities in Ukraine,” said Osechkin to the Times. “The real reason is unreliable, incomplete and partially false information about the political situation in Ukraine.”

Osechkin has posted whistleblower reports allegedly written by analysts from the FSB in recent weeks on his Gulagu.ru website, with one analyst writing “now they are methodically blaming us (FSB). We are being reprimanded for our analysis,” according to The Hill.

A number of additional Russian officials have been removed from their positions amid the war in Ukraine, including Gen. Roman Gavrilov, with Russian media reports split on whether he was dismissed or resigned.

Bellingcat investigator Christo Grozev reported that Gavrilov had been detained as well, possibly for “leaks of military [information] that led to loss of life.”

Post Views: 181
Previous Russia-Ukraine war: Air raids sound in almost all Ukraine regions
Next US sees Putin moving away from bid to conquer Ukraine, toward holding its southeast