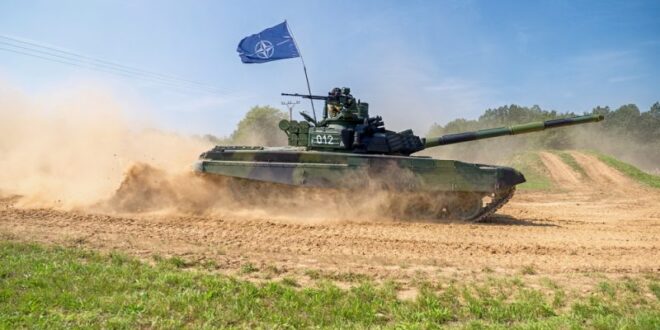 The risk of war in the Baltic states is real, General Sir Richard Shirreff, former deputy head of NATO in Europe, told the Swedish broadcaster SVT in an exclusive interview on Sunday.

Shirreff, who was in Sweden to give a lecture at the Royal Academy of War Sciences, gave a clear message about where he thinks the Kremlin is heading – which might be the Baltics.

“It is palpable. Putin’s intention has been clear all along”, Shirreff said.

“After all, he has said that the most appropriate security settlement for Europe is a new Yalta, which I interpret as meaning that he wants to re-establish Russian rule in the former republics of the Soviet Union,” he said.

“And as we know, Estonia, Latvia and Lithuania are former republics of the Soviet Union,” he added.

“This is a danger that we must take very seriously and be concerned about, not least because there are significant Russian-speaking minorities in at least two of these countries,” the general also said, referring to Estonia and Latvia which have many Russian speakers.

This is in line with what Russian President Vladimir Putin has previously said about wanting to reunite all Russians under the banner of ‘Mother Russia’, according to Shirreff.

Shirreff, one of NATO’s top military officers from 2011 to 2014, did not rule out a Russian invasion of Poland or other Eastern European countries.

“If you look at this in a broader perspective, all the Eastern European countries that were once part of the Warsaw Pact and are now part of NATO are under threat. Therefore, NATO must be prepared to discourage any form of attack on any NATO member country,” he added.