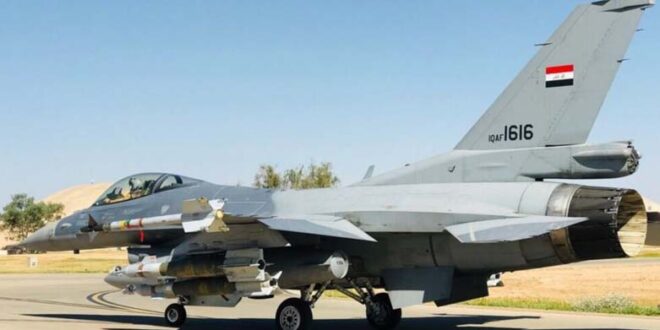 The Media Cell tweeted that the airstrike destroyed an ISIS target after the military obtained accurate intelligence about its location.

“According to the available information, the terrorist detachment that was killed in this specific operation is responsible for targeting the security forces in Kirkuk Governorate,” the Media Cell tweeted.

“The message of our security forces to the terrorists is clear: They will not survive the fatal blows wherever they are,” it added. “Iraq is a country of security and peace.”

The Iraqi Air Force frequently targets ISIS hideouts located in rural parts of Kirkuk in the north and Anbar province in the west. Its F-16s are the air force’s most advanced jets and can carry the kinds of precision-guided munitions required to strike ISIS targets accurately.

Iraq continues airstrikes against ISIS to maintain pressure on the group and hinder its attempts to make a resurgence in the country.