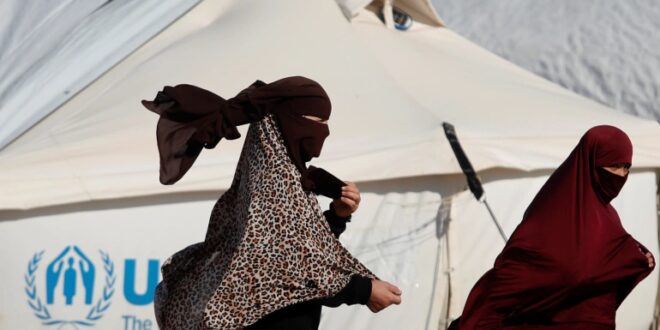 Clashes between ISIL and Kurds kill four in Syrian camp

Three people, including a child, have been killed in northeastern Syria’s Al-Hol camp, caught in the fighting between Kurdish Syrian Democratic Forces (SDF) in charge of the site and ISIL (ISIS) cells, a war monitoring group said.

An ISIL member was also reportedly killed in the clashes.

“Reliable sources reported that Al-Hawl [Al-Hol] camp in the far south-east countryside of Al-Hasakah province has been witnessing ongoing tension” since Monday night, the Syrian Observatory for Human Rights reported on Tuesday. It added that another 10 people had been wounded.

The Kurdish Hawar news agency reported that the clashes lasted for three hours after an ISIL cell attacked members of the SDF’s Asayish Forces.

It has been three years since a United States-led coalition captured the last sliver of territory held by ISIL, ending their self-declared caliphate that covered large parts of Iraq and Syria.

The brutal war lasted several years and left US-allied Kurdish authorities in control of the country’s east and northeast areas, with a small presence of several hundred American forces still deployed there.

Since then, remaining ISIL fighters have gone underground in the Syrian-Iraqi border region and continued to launch attacks.

Approximately 56,000 people live in Al-Hol, an overcrowded SDF-run camp for displaced people that has been plagued by murders and regular escape attempts, according to the United Nations. The camp hosts about 10,000 foreigners, including the wives and children of ISIL fighters who are detained in a high-security annexe guarded by SDF forces.

The SDF warned last week that a lack of international support risked allowing for a resurgence of ISIL, as they marked three years since the declared defeat of the militant group’s so-called caliphate.

The SDF have repeatedly called on Western countries to repatriate their nationals held in northeast Syria, but most have been reluctant to do so because of fears of a domestic political backlash.