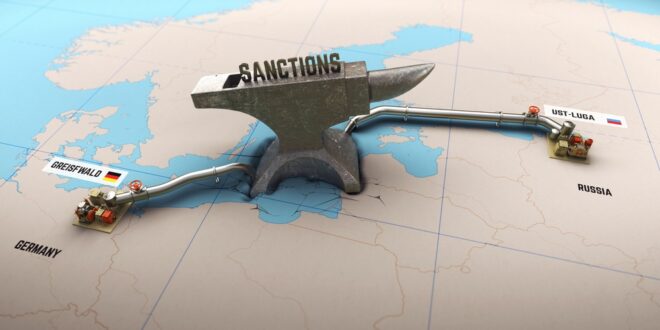 Oil and gas sanctions are one of the options Germany will consider following the atrocities Russian troops committed on the outskirts of Kyiv, Defence Minister Christine Lambrecht said.

“There has to be a reaction,” the social democrat minister said in a public TV interview on Sunday evening. “Energy sanctions are among the things that will be discussed,” she added.

After Russian troops had withdrawn from the Kyiv region, photographs and footage of dead bodies provoked outrage across the world.

Earlier on Sunday, chancellor Olaf Scholz announced Germany would “adopt new measures during the coming days” with its allies.

Economy Minister Robert Habeck specified that the aim was to draw up a new EU sanctions package within this week. European Council President Charles Michel also said on Twitter that “further EU sanctions and support are on their way.”

So far, the German government has consistently ruled out an embargo on gas and oil.

“Already now, the sanctions are unprecedented,” liberal Finance Minister Christian Lindner told German weekly Bild am Sonntag earlier during the weekend. Sanctions should “hit Putin’s regime and not risk the stability of Germany,” he added.