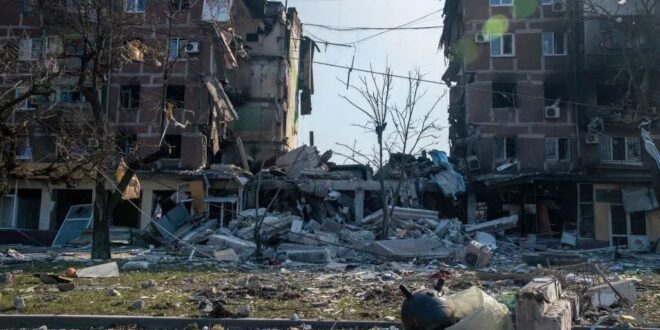 Earlier, Ukrainian authorities claimed to have found the bodies of civilians lying in the streets of the city of Bucha in the Kiev region, alleging that they had been killed by Russian troops stationed in the city until several days ago.

Russia’s Defence Ministry has rejected allegations promulgated by Kiev, claiming that Russian troops killed civilians in the Ukrainian city of Bucha. The ministry stated that the images and videos claiming to depict dead civilians on the streets of Bucha were staged photos and videos created specifically to distribute via the western media.

“[These images are] yet another provocation. During the time this settlement was under the control of the Russian armed forces, not a single local resident was hurt […][This is] yet another example of providing staged material from the Kiev regime for the consumption of western media, as was the case with the Mariupol maternity hospital, not to mention other cities”, the ministry said.

The Defence Ministry stressed that Russian troops abandoned the city on 30 March and reminded the audience that the city’s mayor, Anatoly Fedoruk, confirmed this fact the next day. Furthermore, the mayor never mentioned in his 31 March address that any civilians had been shot in the street with their hands tied, as claimed by Kiev.

During the whole time – right up until Sunday – that the city was under the control of Russian troops, residents of Bucha could move freely and had access to cell networks, the Defence Ministry stressed.

The ministry further noted that the images of the bodies on the streets emerged four days after the Russian troops left the city and immediately after the Ukrainian Security Service (SBU) and the Ukrainian media arrived at the scene. The bodies that have been videoed and photographed show no signs of rigor mortis or lividity, and the blood on the wounds is fresh.

According to the Russian Defence Ministry, the residents of Bucha had several possibilities for leaving the city, except for from the south which was routinely shelled by Ukrainian forces who targeted, among other things, residential quarters using artillery, tanks, and MLRSs.

Russian troops withdrew from Bucha after the last set of talks between Russia and Ukraine, during which Moscow announced a military de-escalation, which includes drastic reduction of military activities in the direction of Kiev. The Kremlin explained it was taking that step to ensure the safety of decision-makers in Kiev to expedite talks.

The talks are aimed at ending Russia’s special military operation in Ukraine, which was launched by President Vladimir Putin on 24 February in response to a request for help from the Donetsk and Lugansk People’s Republics (DPR and LPR). The latter had said that there had been intensified shelling by Ukrainian armed forces and nationalist battalions in the weeks running up to the start of the operation.