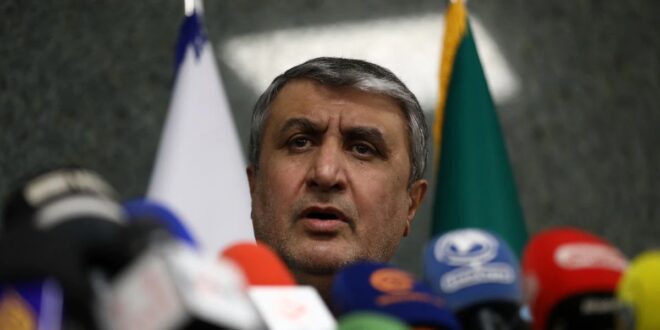 Iran and the International Atomic Energy Agency (IAEA) last month agreed a three-month plan to try to resolve a long-stalled issue over uranium particles found at old but undeclared sites in the country. Resolving the issue would remove an obstacle to the revival of a 2015 nuclear deal between Iran and world powers.

“We have handed over the documents on March 20 to the agency. They are reviewing those documents and probably the agency’s representatives will travel to Iran for further talks and then the IAEA will present its conclusion,” Eslami told a televised news conference.

The agency has long said Iran had not given satisfactory answers on those issues, but in early March they announced a plan for a series of exchanges.

IAEA chief Rafael Grossi said last month he will aim to report his conclusion by the June 2022 (IAEA) Board of Governors’ meeting, which begins on June 6.

The joint plan will help to secure the nuclear deal, which Washington exited in 2018 and reimposed crippling sanctions on Iran.

Eleven months of indirect talks between Iran and the United States in Vienna on salvaging the 2015 deal have stalled as both sides say political decisions are required by Tehran and Washington to settle the remaining issues.