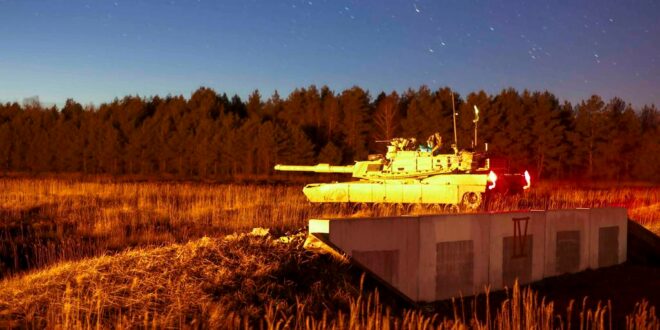 Polish Defence Minister Mariusz Błaszczak on Tuesday signed a deal worth about $4.75 billion to buy 250 M1A2 Abrams SEPv3 from the United States.

“We are strengthening the Polish military, and we are deterring a potential aggressor,” Błaszczak was quoted in a statement released by the ministry.

Deliveries are to begin this year, with 28 tanks to be procured to the country’s armed forces. In addition to the tanks, the contract also comprises a technical support and logistics package, as well as training and ammunition for the tanks, according to the ministry.

Polish defense officials have said the acquisition will enable the country’s military to counter Russia’s flagship T-14 Armata tank. The procurement will allow Warsaw to replace its outdated Soviet-designed T-72 and PT-91 tanks with a new tracked vehicle platform. The Polish land forces also operate Leopard 2A4 and Leopard 2A5 tanks acquired from Germany.

Meanwhile, Polish officials are in talks with their U.S. partners to accelerate the procurement of other American weapons Poland has ordered for its military.

On March 26, during President Joe Biden’s official visit to Warsaw, Polish President Andrzej Duda said he had asked his U.S. counterpart “to accelerate, as much as possible, the acquisition programs that are currently being carried out.”

“Based on the concluded contracts, this year, we are to receive the first Patriot missile systems, and soon also the HIMARS artillery rocket systems, and the F-35 fighter jets of the latest generation,” Duda said.