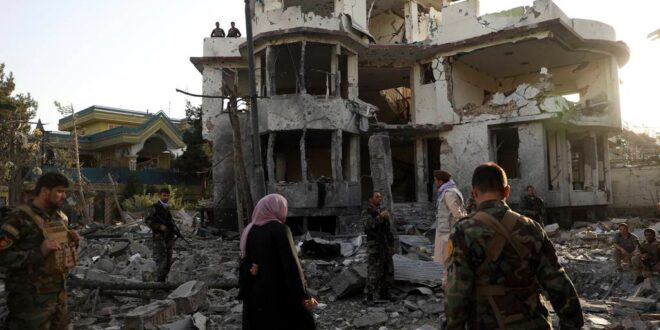 No strikes in Afghanistan since US withdrawal, DoD leaders confirm

U.S. military forces have not conducted any counterterrorism strikes in Afghanistan since withdrawing all troops from the country last summer, but military officials insisted on Tuesday that they have the capability to monitor and neutralize threats there despite logistical challenges.

When asked if that has meant limited operational effectiveness in the region, he replied “I can’t sit here and say that it has not.”

But he also insisted that those challenges — and the lack of strikes — do not mean that his forces are completely unable to provide over-the-horizon monitoring.

“Over the last 20 years, we have developed exquisite [intelligence] capabilities,” he said. “We can conduct counterterrorism missions over the horizon, and we have exhibited that in the past.”

Clarke’s comments were the latest from senior military officials in recent weeks acknowledging shortfalls in the military’s ability to police Afghanistan.

In testimony before the committee last month, U.S. Africa Command leader Gen. Steven Townsend warned lawmakers that America “may be backsliding” because of a lack of reliable, on-the-ground intelligence in areas like Afghanistan and Somalia.

In February, Lt. Gen. Michael Kurilla — then the nominee to lead U.S. Central Command — said monitoring the operations of terrorist groups in the Afghanistan region was “extremely difficult, but not impossible,” given how far away American military assets are positioned now.

Defense Department officials have said that they have to launch surveillance drones every few hours from far away military bases to provide continuous intelligence gathering over Taliban-controlled Afghanistan. Establishing a closer base would cut down on fuel and time costs.

Christopher Maier, assistant secretary of Defense for special operations, on Tuesday said officials have made progress setting up closer sites.

However, defense officials still have not announced any formal agreements, despite months of diplomacy. Republicans on the Senate panel said they want to get that done.

“Our current strategy for countering terrorist groups in Afghanistan assumes an immense amount of work and risk,” said Sen. Deb Fischer, R-Neb. “I am deeply concerned by the lack of intelligence collection capabilities that we have for Afghanistan.”

“You are already stretched thin and shouldering the burden for the fight against terrorism,” he said. “And after our Afghanistan withdrawal, I’m concerned we are taking too much risk there.”

Military intelligence officials last fall said that terrorist groups like Al Qaida and the Islamic State could have the ability to attack western targets by this summer or fall if left unchecked.