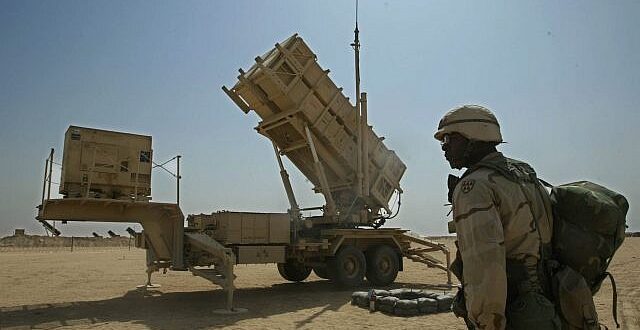 U.S. To Send Patriot Air-Defense System To Slovakia After Its Donation Of S-300 To Ukraine

U.S. President Joe Biden has thanked Slovakia for donating its Soviet-era S-300 air-defense system to Ukraine and said it will be replaced with a U.S.-made Patriot system.

Biden said Ukrainian President Volodymyr Zelenskiy has raised the need to transfer such systems to Ukraine.

“To enable this transfer and ensure the continued security of Slovakia, the United States will reposition a U.S. Patriot missile system to Slovakia,” he said in a statement on April 8.

Biden said that while the Russian military “may have failed in its objective of capturing Kyiv,” it continues to inflict “horrific acts of brutality on the Ukrainian people.”

Prime Minister Eduard Heger said earlier that Slovakia would donate its Soviet-era S-300 air-defense system to Ukraine. Heger announced the donation as he visited Kyiv with top EU officials ahead of a meeting with Zelenskiy.

Zelenskiy mentioned S-300s by name when he spoke to U.S. lawmakers by video last month, appealing for defense systems that would allow Ukraine to “close the skies” to Russian warplanes and missiles.

NATO members Bulgaria, Slovakia, and Greece have the S-300s, which can fire missiles hundreds of kilometers and knock out cruise missiles as well as warplanes.

NATO allies Germany and Netherlands last month sent three batteries of the Patriot air-defense system to Slovakia, which Bratislava said would complement rather than replace the S-300. But it said it was willing to give its S-300 to Ukraine on condition that it has a proper replacement.

The Patriot system and a team of U.S. soldiers will arrive in Slovakia in the coming days, U.S. Defense Secretary Lloyd Austin said. The length of the U.S. soldiers’ deployment has not been set, Austin said in a statement.

“I salute the generosity of the Slovak government in providing an S-300 air-defense system — a critical defensive capability — to Ukraine,” Austin said in the statement. “It’s a strong testament to how determined Ukraine’s neighbors are to help the Ukrainians defend themselves against Russia’s unprovoked invasion of their homeland.”