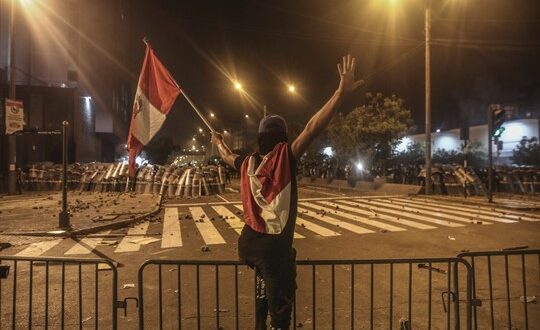 Just before midnight on Monday, Peruvian President Pedro Castillo appeared on television to declare an unprecedented state of emergency for Lima, the capital. All the city’s residents, he said, were to stay indoors for 24 hours, beginning just two hours after his announcement. The controversial decision, which would later be rescinded after protesters ignored it, came in response to widespread demonstrations by truck drivers and transportation syndicates against the spike in fuel prices caused by Russia’s invasion of Ukraine.

Peru’s new crisis came just after Sri Lanka’s president declared a state of emergency in his own country. The Indian Ocean nation has also seen massive protests over a growing economic crisis caused by the government’s mismanagement of the economy and made much worse by a confluence of global events, culminating with the war in Ukraine.

Post Views: 77
Previous Naiv in Moskau
Next NATO Is Focusing on the Wrong Russian Threat in Eastern Europe