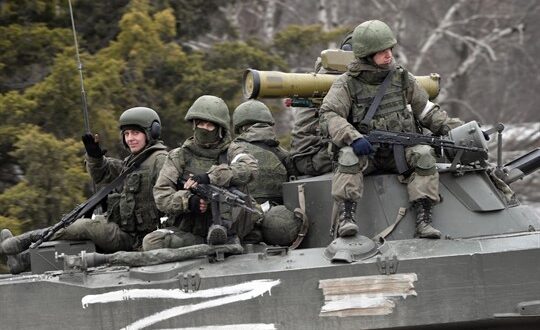 News headlines this week warned that Russia is recruiting mercenaries to scale up its operations in Ukraine. Some 16,000 fighters from Syria and other Arab states have already volunteered, joining the hundreds of Russian mercenaries that were already reportedly operating in Ukraine. The whiff of guns-for-hire was seen as a sign that an even more ruthless phase of the conflict may be ahead. But considering how states have used privatized force in the past, it seems unlikely that mercenaries will introduce any risk factors that could make the conflict much worse than it already is. That says something both about the current state of the war in Ukraine, and about the larger dynamics surrounding the use of mercenary forces.

Using mercenaries or privatized force is of course not a new phenomenon in warfare, and it is not new for Russia. There has been a recent resurgence in states turning to privatized force to support their war efforts, which began during the United States’ wars in Iraq and Afghanistan. U.S. and other coalition partners hired private security companies to do everything from guarding bases and prisons, to training police, to providing the U.S. military with intelligence and technical or logistical support. By the numbers, private security companies would have been the second-largest contingent operating in Iraq, exceeded only by the U.S. military

Post Views: 97
Previous Naiv in Moskau
Next NATO Is Focusing on the Wrong Russian Threat in Eastern Europe