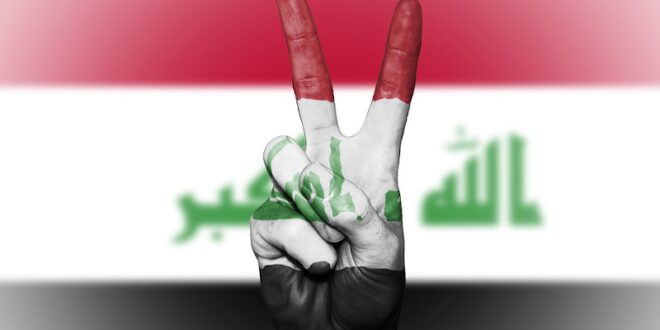 Why Won’t Iraq Ever Elect A President? – OpEd

Will Iraq ever elect a president, everyone is asking? Locally, regionally and internationally many want to know! Although the job is ceremonial, apparently, the political system, or in the way it has evolved, depends on the man at the apex of that pyramid being sworn in. After that he can go about his job doing as little as possible while allowing the prime minister and the government to run the country!

But the problem is a new president is no where near being elected. Three times Iraq’s unicameral parliament met and three times it has failed to reach a quorum of deputies. The House of Representatives consists of 329 members but each time there was voting on a new president, deputies from different political, religious and sectarian clouts failed to meet.

The deputies are playing with Iraqi politics, no doubt giving it a run of the mill. Meanwhile the supposedly outgoing prime minister Mustapha Al Qadhimi continues in his job as a caretaker premier and the case is true for Barham Salih, the current president. For the time being he continues to hang on as caretaker president till the political dust dies down, or deputies get their act together and vote – more like – agree on one particular candidate.

But this is not happening despite the fact 40 names have been put forward to be elected as the next president. Iraq clearly now faces a political crisis as the deadline for electing a candidate to top the pyramid – April 6 – has come and gone and theoretically parliament must now go into recess to prepare for general elections. But all the deputies continue to adopt a layback, lame duck approach.

After all, they’ve been in this situation before for in 2010, it took the government 10 months to be formed, way out of the legal, constitutional limits, but in Iraq anything can happen with laws and regulations being “messaged”.

At the heart of the crisis is the political coalitions. They fight as independents – in a mosaic form – along political, religious, sectarian lines that include Shiites, who are the majority, Sunnis and Kurds – but they come hitched together according to their interests in a form of clientele politics.

Further, after 2003 when the Saddam Hussein government was toppled through US war and military intervention, the political set up evolved into Shiites controlling the post of primer minister, Sunnis parliamentary speaker, and the post of president for the Kurds, hence Barham Salih. In turn, he represents one of two main Kurdish parties – the Patriotic Union of Kurdistan (PUK) with the other being the Kurdistan Democratic Party.

However, more complications are added. The presidential post is elected by deputies who are formed under two broad coalitions – bearing in mind that legislative elections took place in October 2021 – also controlled by a mixture of parties of religious and ideological affiliations.

The Sadrist movement led by Muqtada Al Sadr, a Shiite cleric got the most popular votes and 73 parliamentary seats. He is joined by the Kurdish KDP and the Sovereignty Coalition led by parliamentary Speaker Mohammed Al Halbousi. However, they can’t get a full two-thirds quorum of 220 MPs to hold a parliamentary session and to elect a president.

As opposite, there is the Shiite Coordination Framework (SCF) which performed abysmally in the last election but has its own coalition that includes the pro-Iran Fatah Alliance which only got 17 seats – it had 48 in the 2018 elections and Nuri Al Maliki, a former prime minister, former head of the Al Dawa Party and leads the state of law coalition and with the support of other Sunni MPs. Under the coalition is also the Kurdish PUK and it supports Barham Salih as a counter-candidate to the one supported by the Sadrists of Rebar Ahmad of the KDP.

This is the gist of the wranglings of the current Iraqi political milieu. No one knows for sure what will happens because of the expiry of the 6 April deadline. The Iraqi Supreme Court may intervene again to decide but this is for the waiting. It had already intervened once in February when it barred the nomination of Hoshyar Zebari, who previously served as Iraq’s Finance and the Foreign Minister. He was banned for alleged involvement in corruption going back to 2015.

However, his disqualification may have started the tense ball rolling in parliament with the two coalitions making their stances more rigid with MPs taking a casual course of not turning up, every time there is a session to choose a president. Meanwhile Salih continues in his post and the prime minister and government remain in limbo till “political things” are sorted out and the country is held hostage in a manner if speaking.

Post Views: 149
Previous Neo-Nazi who tried to launch a ‘civil race war’ by launching attacks with 600 homemade bombs and guns to ‘preserve the white population’ is hit with terror charge in Germany
Next In Serbia’s Electoral Simulation, the Leader Outstrips the Party