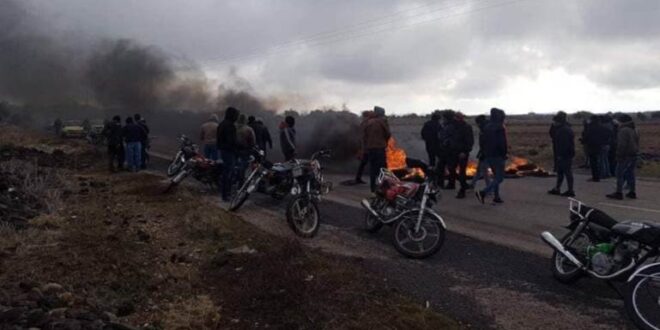 The Ahrar Jabal al-Arab Gathering has pledged to stand with the people of the Suweida governorate, in southern Syria, to reach a just and democratic Syrian nation, which is founded on the principle of separation of powers — without partisan, ethnic, or sectarian discrimination.

In a statement, the gathering said that it opposes the killing and chaos carried out by security forces in Suweida, while calling for the prosecution of criminals and those who collude with them.

“Ahrar Gathering was and continues to oppose the Syrian regime, which has practiced a policy of marginalization and exclusion against intellectuals and dissenting opinions and jurisdiction in the management of state and social affairs,” the statement said, blaming the regime for killing and displacing Syrian youth. According to the statement, these excesses have caused the destruction of Syrian soil.

The statement called on the people of Suweida governorate to stand up for their “dignity and rights.” It pledged the gathering’s support for a just and democratic Syrian state founded on the separation of powers in a secular state, under the slogan “Religion is for God and the homeland is for all.”

“The gathering is ready to engage with the Syrian regime militarily if necessary, and impose demands on it,” the assembly’s representative, Sheikh Suleiman Abdel Baqi, told al-Modon. Baqi said that the gathering “will not stand idly by if the security forces arrest any of the gathering’s members,” while warning against harming the people of Suweida governorate.

Baqi explained that the Syrian regime has not made any real progress toward meeting the demands of Suwayda’s people for human rights. Baqi added that he does not expect any serious step towards these objectives, reasoning: “How can a deadly and criminal regime, which abandoned Syrians in the millions, fulfill the people’s demands for human rights?”

Baqi appealed to what he termed “the free people of northern Syria” to agree on a single platform. Further, he called on these gatherings to unite in Syria to reach a just and democratic civil state, free from partisan, ethnic, and sectarian discrimination.

Post Views: 68
Previous Recap: Bloody Times the for Regime and its Allies in Syria
Next Russia loses dozens of unmanned aircraft in Ukraine