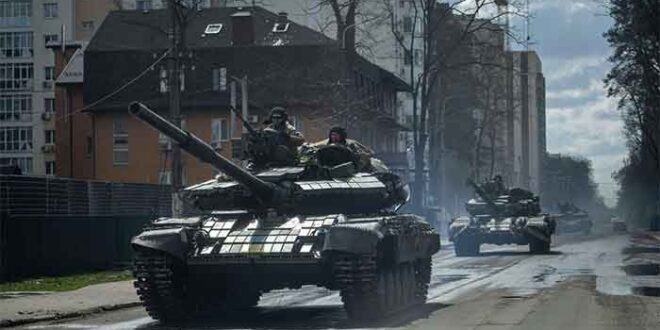 11 Crucial Facts About the Ukraine War

The Ukraine War is one of the most significant and sad events of our times. In the middle of several conflicting claims and counter claims, 11 facts regarding this war stand out as the most crucial

With thousands dead and over four million displaced within a few weeks, this war has very high humanitarian costs.

With each passing day the dangers of the war escalating and widening increase. Weapons of mass destruction (biological, chemical, nuclear) may be involved accidentally or intentionally, or their sites may get damaged, with most terrible consequences, and with much blame being exchanged.

As the world faces many serious environmental problems, led by but not confined to climate change, amounting to almost a survival crisis, the divisions and accusations brought by this war make it all the more difficult to have the world cooperation needed to resolve these environmental issues. The war as well as the weapons race it escalates also involve serious increase of emissions and other ecological harm.
The war and the sanctions related to this increase the economic and food deprivations of tens of millions of people in many countries of world. This has happened when people have not yet recovered from pandemic related serious problems. The economic problems of many countries, particularly poorer countries are accentuated further.

At a regional level the risks for Europe increase greatly. As a part of strengthening anti-Russian forces within Ukraine, the extreme right wing and fascist forces here have been strengthened militarily and politically by the USA and its allies, and it is possible that fascist militants from neighborhoods are also facilitated to join them in fighting the Russians, somewhat along the lines of assembling jihadists from many countries to fight the Russian army in Afghanistan, although not on the same scale. However, as seen earlier, such dangerous tactics have Frankenstein like possibilities.

Due to all these factors the Ukraine war and the Russian invasion should end as soon as possible, with adequate peace and stability efforts to follow.

An important cause of this war goes back to over 30 years of US hostility against the Russian Federation. These include interference in Russia to make conditions there more amenable to big business, constant eastward expansion of NATO contradicting earlier assurances given to Russian leaders, repeated interference in Ukraine affairs to throw out or obstruct regimes which want peace with Russia, strengthening fascist, far-right, anti-Russian forces within Ukraine, even facilitating their attacks on Russian speaking people as well as their pressure tactics against elected leaders to make them avoid a path of peace and compromise with Russia.

Despite these grave provocations and violations of its legitimate security concerns, the invasion by Russia was a wrong decision, and other options to mobilize worldwide public opinion in favor of its legitimate security concerns should have been explored better and more by Russia, building wider support base. The invasion should end as early as possible.

The United Nations has failed to play a justice-based peace role in preventing the invasion, or ending it at an early stage, or in preventing the various provocative actions of the USA, including its interference in Ukraine affairs to overthrow elected leaders and strengthen fascist forces, or even to criticize such actions strongly enough.

While outwardly this is a Russia-Ukraine war, at a deeper level this is a proxy war between the USA and Russia being fought in Ukraine, in instigating which the USA played a very important role and Russia worsened the situation by invading. Top leaders of both countries made very irresponsible and arrogant statements. The recent actions of the USA do not at all appear to be in conformity with the needs of ending the war as soon as possible.

All this again re-emphasizes the need for a worldwide people’s movement based on peace, justice and environment protection which can lead to a future without wars and weapons race in which environmental issues can be resolved in a framework of justice and democracy before it is too late.

Post Views: 59
Previous France’s Election Shouldn’t Have Been This Close
Next Ukraine and the Profits of War