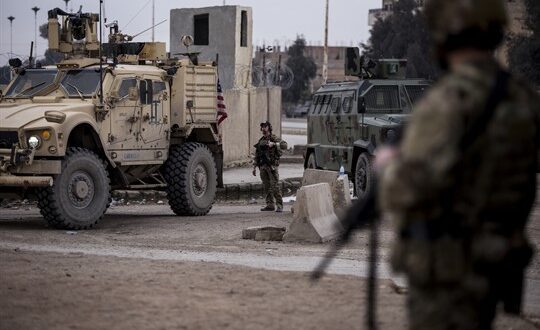 ISIS Isn’t Back. It Never Went Away

At its height half a decade ago, the Islamic State was among the most feared armed organizations in the world. The infamously brutal group had at one point captured and established governance of more than a third of Iraq and large swaths of Syria. But that shocking, sudden rise to infamy was followed by a steep, if slower, downfall. By January 2019, the Islamic State had lost nearly all of its territory in Iraq and Syria. The U.S. declared it defeated and media organizations began to pay only sporadic attention to its isolated attacks. By 2021, Google searches for the Islamic State, a measure of global interest, had fallen to the lowest levels seen since the group’s emergence.

Recent events, though, have sparked concern that the group, degraded but never destroyed, could be on the brink of another dramatic rise. Last week, the Islamic State coordinated a prison break in Hasaka, Syria, and though the attack was ultimately unsuccessful, it only concluded after a week-long battle with at least 100 reported fatalities. The attack represents the Islamic State’s deadliest show of force in the region since losing its last pocket of Syrian territory in Baghuz, a village just to the south of Hasaka, in 2019.

Post Views: 61
Previous As the Migration Crisis Evolves, the Wealthiest Countries Still Aren’t Doing Enough
Next After the U.S., Turkey Should Be Next to Leave Syria