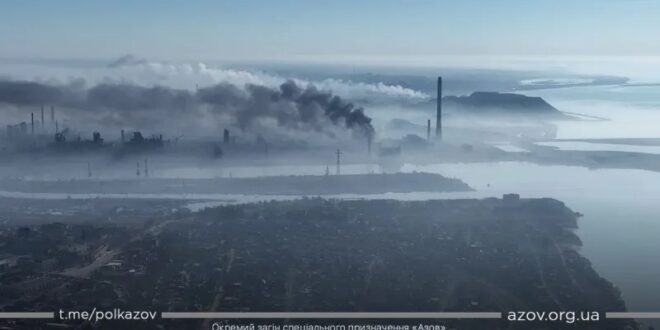 SOFREP’s Guy McCardle had recently reported on evacuations being underway at Mariupol’s Azovstal Steel Plant complex after months of heavy bombing from the Russian forces. Today, over 150 women and children who hid in underground bunkers have successfully reached safety in Zaporizhzhia as per the ICRC. According to reports, it was the first time the civilians saw the light in 2 months.

Alternatively, a different number was reported by the UN Humanitarian Coordinator for Ukraine Osnat Lubrani, who said that 101 women, men, children, and older people arrived at Zaporizhzhia some 140 miles northwest of Mariupol. According to reports, 58 people joined the convoy in a town located on the outskirts of Mariupol, with some of the evacuees deciding not to travel to Zaporizhzhia.

When the civilians from Mariupol arrived, they were welcomed with stretchers and wheelchairs for those who needed immediate medical attention, as well as shoes, piles of toys, and food, much to the enjoyment of the children.