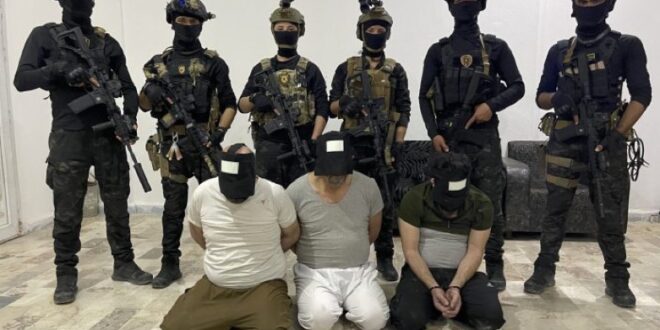 The US-backed Kurdish-led Syrian Democratic Forces (SDF) announced that it arrested a suspected ISIS leader and two local collaborators in Raqqa on Sunday.

“Our forces have raided a house where the terrorist was hiding with the help of two local collaborators who helped in securing shelter and movement,” the SDF Media Centre said in a statement.

“A large number of weapons and documents were confiscated.”

The SDF liberated Raqqa from ISIS in October 2017 with support from the US-led coalition. The northeastern Syrian city was the de-facto capital of the group’s self-styled caliphate, which was completely destroyed after the SDF captured the eastern town of Baghouz in March 2019.

However, in recent months the SDF has arrested more ISIS suspects in Raqqa.