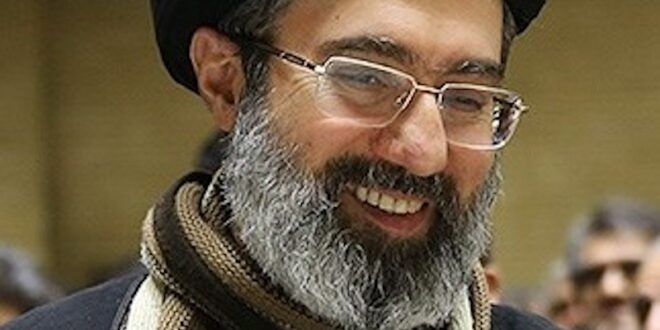 Khamenei’s Attempts To Have His Son Named As Successor

As a rule of thumb, all dictators are worried at the end of their rule about the future and who will grip power after them. Their attempts are geared towards somehow putting their children in their place in order to continue their rule. This is also true of Ali Khamenei, who is currently the undisputed dictator in Iran. Accordingly, he has tried to assign to the throne his son Mojtaba in the last months of his life. But given the kind of dictatorship that rules Iran, it’s a little more complicated than other dictatorships like Syria, where Hafez al-Assad installed his son after his death.

On the one hand, Iran is no longer a monarchy where he can assign his son, Mojtab, as his successor, and on the other hand, according to the constitution of the same regime, which stipulates that the leader must be elected by the Assembly of Experts, he cannot nominate his son as his successor. Moreover, Mojtaba is much, much lower in ranks in terms of the level of religious knowledge and education than other mullahs to be recognized as the Supreme Leader by them. This has made it more difficult for him to succeed his father. But in order to eliminate these contradictions, Khamenei has been implementing for some time his plan to solve these problems step by step.

In the next step, Khamenei put aside all considerations in the last election in order not to face any problems in the government and the presidency, and conjured up from the ballot box Ebrahim Raisi, (someone not qualified for the presidency at all), by removing all possible rivals. The reason for this was that Ebrahim Raisi, known in Iran as the executioner of 1967, was one of the decisive figures in the massacre of 30,000 political prisoners in that year; as a result, there is no doubt about his affiliation with Khamenei and he even had to obey him and his son Mojtaba for his own survival. And it is not the case that, for example, previous presidents Hashemi Rafsanjani, Mohammad Khatami, Mahmoud Ahmadinejad, or Hassan Rouhani, after a while, could somehow oppose Khamenei. On the same token, we saw that Raisi, by selecting most of his cabinet ministers from the commanders of the Revolutionary Guards, showed that he came to carry out Khamenei’s orders and only to suppress the people and not to serve people. In this way, Khamenei was relieved of his worries about the government and the presidency.

The next step in this direction was to place his men in the parliament. In the last election, Khamenei again used the leverage of the Guardian Council – responsible for determining the eligibility of parliamentary candidates – by removing candidates he thought might cause problems for him. This way, he was able to enter most of his men into the parliament and make it a homogenous bunch of his pieces. He also handed over the position of parliament speaker to Mohammad Baqer Qalibaf, one of the former commanders of the Revolutionary Guards and known as Chomaghdar (club bearing thug).

It is noteworthy that Qalibaf, when appointed as the mayor of Tehran, was involved in corruption and grand thefts of billions by handing over government lands to his men or special favors to those around him. He is known by the Iranians as a very notorious hated person. As a result, Khamenei was relieved that the parliament would not oppose Mojtaba’s succession either.

Khamenei’s only concern is from two institutions.

First, is the Islamic Revolutionary Guards Corps(IRGC). Khamenei had to take another step in reining them by obtaining the consent of their commanders. Although all the commanders were criminals and corrupt people, they were included in economic affairs, and large parts of Iran’s economy in large holdings under Mojtaba Khamenei were handed over to them. These commanders were actually bought with big money and placed under Mojtaba. It should be noted that these commanders, in addition to being involved in large-scale theft and corruption, are also involved in the blood of the Iranian people. For example, they deliberately shot down a Ukrainian airliner in January 2020, killing 176 innocent passengers and crews, in order to prevent possible US attacks in the retaliation for the IRGC missiles on US forces at Iraq’s Ain al-Assad base or to suppress the Iranian protests in November 2019 shot and killed 1,500 people in the streets of cities in 2-3 days.

Second, clerics outside of Khamenei’s control who, in terms of religious knowledge, consider themselves even higher than Khamenei himself. Khamenei is trying to buy them with money and property. But when Khamenei dies, they may not accept Mojtaba’s leadership for fear of the people’s rage.

Considering Khamenei’s actions, it seems that all the contradictions and problems for Mojtaba Khamenei to replace his father have been resolved, but in reality, this is not the case at all. Because Iranian society is now like a powder keg awaiting a spark to explode and destroy the entire ruling system. If this spark is not struck at the time of Khamenei, of course, all the data show that this spark will not be long away, but the death of Ali Khamenei will definitely lead to this spark immediately.

Khamenei himself knows this better than anyone else, which is why, as stated at the outset, he is extremely concerned because he knows that everything he has sown will soon be destroyed by the storm and flood of disgruntled and enraged people.

Post Views: 63
Previous For Refugees on Serbia-Hungary Border, ‘the Game’ Goes on
Next Forget What ‘Experts’ Claim About Deflation: It Strengthens Economy