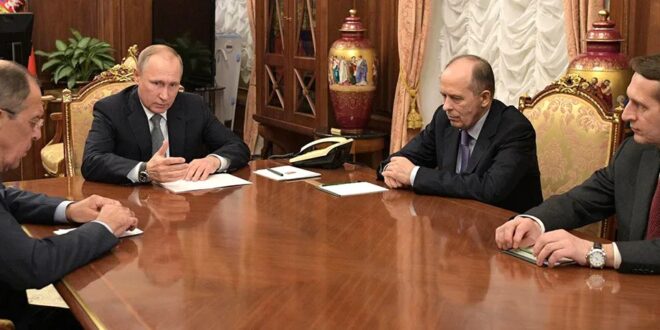 No War for Old Spies: Putin, the Kremlin and Intelligence

Russia’s failures are a result of outdated Soviet attitudes and ideas that cannot keep up with the evolving intelligence environment.

The Russian offensive against Ukraine has been dogged by a cascade of intelligence failures at every level of command. This has ranged from completely failing to assess the likelihood and shape of a unified Western response and Ukraine’s determined resistance, to inadequate preparations for Ukraine’s ‘mud season’ and a bewildering lack of any effective operational security (OPSEC) measures. The irony of this, of course, is that Vladimir Putin’s ruling coterie is numerically and functionally dominated by former intelligence officers. Attempts to explain this paradox have tended to rely on conventional wisdoms of why authoritarian regimes are often bad at strategic intelligence. Such governments, the orthodoxy runs, may invest heavily in covert information collection, but they are typically poor at analysis and assessment. In part this is because of an institutional bias towards espionage that neglects analysis, partly because of a pressure to tell autocrats what they want to hear because of the personal and professional risks of doing otherwise, and partly because autocrats tend to act as their own intelligence officers and ignore the truth even when someone dares speak it, acting instead on their own judgement.

While these accounts are entirely plausible as far as they go, none of them has considered specifically whether Russian intelligence has gone wrong precisely because so many of Russia’s leaders are former intelligence officers of a certain type and vintage. This is crucial because, while Putin and his clique have spent the last three decades trying to restore the kind of police state intelligence concept that had once been their professional milieu, intelligence in the democratic West had been undergoing a succession of so-called ‘revolutions’. As a result, Russia’s leadership entered the conflict almost entirely unprepared for the capabilities and uses of the 21st century intelligence that would be deployed against them.

Putin, Security Council Secretary Nikolai Patrushev, FSB head Alexander Bortnikov and SVR chief Sergei Naryshkin all joined the KGB during the 1970s. Even the Head of the National Guard of Russia (Rosgvardia) started out in the oft-overlooked KGB Border Guards Directorate. Their formative early professional lives were, therefore, shaped by the concepts and practices of a very specific form of police state that John Dziak has called a ‘counterintelligence state’.

Significantly, the common generic term for Russia’s agencies is not ‘intelligence’ or even ‘security’ services but special services. The first function of such special services, as acknowledged by one FSB official, is to act as the clandestine executive arm of the state. Their first task is regime protection through the pursuit of the regime’s perceived enemies at home and abroad in which foreign strategic intelligence is a second order consequence of that pursuit. And as executive organs, executive powers such as enforcement and covert political and paramilitary action are equal with the collection and processing of information in their mission.

Under Boris Yeltsin there was a short-lived effort to recast the old ‘special services’ in the mould of a Western-style ‘intelligence community’. The sprawling KGB was dismantled and its foreign intelligence First Chief Directorate was hived off to become the Foreign Intelligence Service (SVR). The domestic secret police apparatus that was the Second Chief Directorate was carved out, stripped of many of its wider powers, and designated the Federal Counterintelligence Service (FSK). The protective security Ninth Chief Directorate evolved into today’s Federal Protection Service (FSO). The KGB’s two signals intelligence (SIGINT) directorates, the 8th and the 16th, were excised and amalgamated into an entirely new entity, the Federal Agency for Government Communications and Information (FAPSI). FAPSI, it was announced, was to be modelled on Western SIGINT and communications security agencies like NSA and GCHQ.

Only military intelligence, the GRU, escaped untouched and unreformed because it was subordinate to the Ministry of Defence and not the disgraced Communist Party.

Warning signs came early and in close succession. Despite abortive efforts to transfer the KGB’s Third Chief Directorate for military counterintelligence to the General Staff, it was incorporated into the FSK instead. And, against the backdrop of the First Chechen War, the FSK began claw back lost powers and influence. In 1995 – still under Yeltsin – it was awarded a wider mandate for internal security and specifically for counterterrorism, and rebranded the Federal Security Service (FSB).

Vladimir Putin’s KGB career had started in the Second Chief Directorate followed by transfer to the First. He was not really a member of the well-heeled espionage elite of officers pursuing careers beyond the ‘near abroad’ as illegals or under diplomatic cover. Spending the last five years of his KGB service in Dresden, he was one of the many second-class citizens of foreign intelligence working within the Soviet bloc. He was, therefore, in his niche during his year as FSB director overseeing the resurgence of that agency. An especially alarming development during his directorship was the re-incorporation of two former KGB special forces units, Alfa and Vympel, into FSB.

When Putin left to become a First Deputy Prime Minister, his immediate successors Patrushev and then Bortnikov continued to manage the on-going reinforcement and enlargement of the FSB. Meanwhile, as Acting President, in 2000 Putin expanded and intensified the FSB’s military counterintelligence role. In 2003, he abolished FAPSI, initially transferring its functions and capabilities, then later distributed them between both the FSB and FSO. Later that year, the FSB re-acquired the Border Guards, and then in 2004 was tasked by a 2003 statute to set up a new division for foreign intelligence, albeit one theoretically confined to operating within the ‘near abroad’. By the middle of that decade, therefore, the KGB had been largely resurrected in all but name.

During the same interval, Western intelligence was undergoing the most extensive and fundamental changes since the modern intelligence agencies were first established. There were, arguably, four main facets to this evolution: (1) open government; (2) shifting from ‘need to know’ to ‘need to share’; and dramatic advances in collection and processing capabilities in both (3) intelligence, surveillance and reconnaissance (ISR) and (4) in open-source intelligence (OSINT).

Intelligence openness had been accelerating since the mid-1970s to the point that intelligence agencies and their work had become an openly avowed ‘core function’ of government. For both better (such as in counterterrorism) and worse (over Iraq), the contribution of the intelligence services and especially their assessments to strategy and national security are now an explicit part of policy discussion. In parallel, Western countries had been improving their processes and techniques for intelligence sharing for decades through alliances like NATO and the Five Eyes, and within the EU. After 9/11, progress on ‘need to share’ with allies and partners went into high gear. Military intelligence was likewise being revolutionised by new ISR platforms, sensors and data sharing technologies, especially where they provided intelligence support to targeting. And OSINT was no longer merely social research techniques applied to national security. Instead, it embraced entirely new realms of data mining, crowd-sourced social media ground intelligence, and commercial earth observation systems that offered satellite imagery rivalling the KEYHOLE national reconnaissance capabilities of an earlier generation.

By 2018, US defence thinkers had begun to worry about the implications of the resulting ‘ubiquitous ISR environment’ for US and allied operations. How would one, they asked, achieve OPSEC and undertake operational and tactical deception in a global goldfish bowl of pervasive, increasingly advanced and widely available real-time observation accessible as much to neutrals and adversaries as to oneself and one’s allies?

But the revolutions in intelligence affairs largely passed Putin’s Chekist coterie by. To be sure, Russia’s special services had invested heavily and innovated in covert intelligence collection, disinformation and covert paramilitary action. And throughout the conflict the Russian military have proven reasonably competent at offensive ISR, successfully targeting Ukrainian defence facilities and even foreign volunteers. But with a leadership deeply invested in an outdated special services paradigm, there was little incentive or opportunity for Russian intelligence to keep up with the wider world. Out-‘intelligenced’ and consequently outmanoeuvred from the outset, one can only conclude that the heart of Russia’s intelligence failures has actually been a failure of counterintelligence. Indeed, it is an object lesson for all, and not just Russia, that a 21st-century war fought in that global goldfish bowl of ‘ubiquitous ISR’ is no war for old spies.