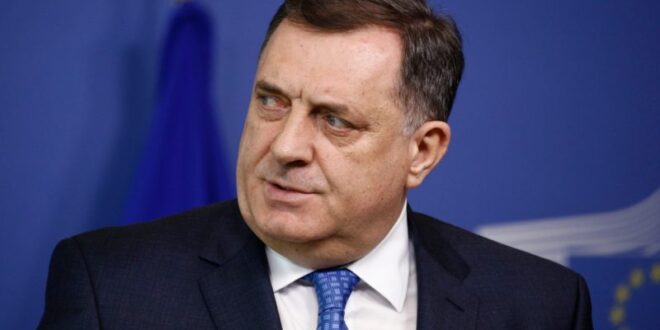 “This may provoke some people in the West, but what I can do. My task is to provide stability for my people,” Dodik said in a short speech, interrupted by applause.

Dodik, who the US administration has repeatedly sanctioned for undermining peace efforts and rule of law, is a staunch supporter of Moscow and has refused to approve BiH’s joining the international sanctions.

He has repeatedly made secessionist threats over the past decade to take the Bosnian Serb Republic out of Bosnia-Herzegovina and has recently called for a peaceful breakup of BiH.

On Monday (6 June) Dodik was quoted saying that he war in Ukraine delayed the secession of Republika Srpska from Bosnia and Herzegovina.

Changed political conditions caused by the war in Ukraine had caused a delay, Dodik said, as quoted by Reuters.

The secessionist plan was not scrapped, just delayed, Dodik said during the parliament session he called to rally support against Bosnia imposing sanctions on Russia over its invasion of Ukraine.

“That is why we halted the realisation of our conclusions relating to the withdrawal (of Bosnian Serbs from)… state authorities,” Dodik said.

Dodik said the Bosnian Serb Republic wanted to “maintain neutrality” when it came to Russia and Ukraine and was against sanctions against Russia, echoing the stance of its sponsor Serbia, the only European country that has refused to impose sanctions.