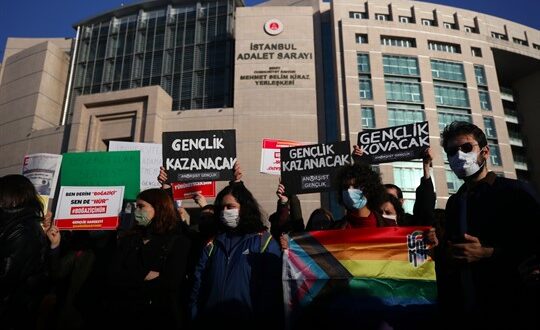 Erdogan’s Weaponization of Religion Is Losing Its Edge

For more than three months, Turkey has been rocked by rolling protests centered in Istanbul. Following President Recep Tayyip Erdogan’s controversial appointment of businessman Melih Bulu as the new rector of Bogazici University in January, students and professors began holding rallies to denounce the pick. They see Bulu as an outsider and lackey for Erdogan’s Justice and Development Party, known by its Turkish abbreviation AKP, and argue that his unilateral appointment is an unacceptable attempt to undermine the independence of one of Turkey’s most prestigious academic institutions. The scope of the demonstrations widened rapidly, as participants vented their frustrations with Erdogan’s government on a wide range of issues.

When the protests began, Erdogan and his supporters resorted to a familiar ploy: accusing the protesters of being disrespectful to Islam, a smear tactic that has proved effective with the AKP’s conservative base in the past. In the eyes of the ruling party faithful, members of the opposition are “perverts” or “terrorists” or “elites”—anything but the true Turkish people.