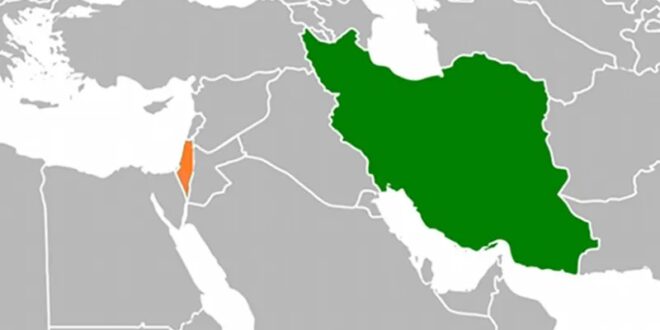 As Iran-Israel’s relations reach the nadir over the assassination of Colonel Sayeed Khodaye of Unit 840 of the Iranian Army by Israel on May 22, 2022, the quote of Albert Einstein rings a bell “We must learn the difficult lesson that the future of Mankind will only be tolerable when our course, in world affairs as in others, is based upon justice and law rather than the threat of naked power”.

Islamic Republic of Iran also called Persia is a country in Western Asia with an area of 16,48,195 square kilometres and a population of 85 million. It is surrounded by Caspian Sea and Turkmenistan in the north, Afghanistan and Pakistan in the east, Gulf of Oman and Persian Gulf in the south, Iraq and Turkey in the west and Azerbaijan and Armenia in the northwest.

Israel officially called the State of Israel, is too located in Western Asia and has an area of 22,072 square kilometres with a population of 9.22 million. It is surrounded by Lebanon in the north, Syria in the northeast, Jordan in the east, Egypt to the southwest. It is situated on the southeastern shore of the Mediterranean Sea and the northern shore of the Red Sea. It is also bordered by the Palestinian territories of the West Bank and the Gaza Strip to the east and west respectively.

Iran and Israel share no common borders yet their relations have been incendiary since the creation of Israel in 1948, except for a brief period during 1953-1979.

The period 1948-53 saw normal relations between the two nations. Iran was the second Muslim majority nation after Turkey to officially recognise Israel on March 06, 1950. In 1979 it severed all diplomatic and commercial ties with Israel and withdrew its recognition of Israel.

After the 1953 coup d’état in Iran which saw Mohammad Raza Pahlavi becoming the Shah of Iran, who was pro-USA, relations between Iran and Israel significantly improved.

However, after the 1979 Islamic Revolution in Iran till 1990, there was cold peace between the two nations with sporadic allegations and counter-allegations being levelled by both the sides on each other.

In early 1990 just before the collapse of USSR and after the defeat of Iraq in the Gulf War, the hostilities between Iran and Israel came out in the open and ever since, the relations between the two countries have been deteriorating with each passing day.

In December 2000, Ayotallah Ali Khamenei called Israel a “cancerous tumour” which should be removed form the region.

In June 2010, a computer worm allegedly developed by USA and Israel, is estimated to have damaged about 1000 centrifuges of the Natanz nuclear enrichment plant in Iran.

On March 15, 2011 Israel captured a ship from Syria which was bringing Iranian weapons to Gaza. The same year Mossad supposedly carried out an explosion in the nuclear facility in Isfahan city of Iran, though Iran denied that such an explosion ever took place.

On February 13, 2012 the Israeli embassy staff in Georgia and India were targeted. Israel accused Iran of being behind these two attacks.

A little earlier on October 11, 2011 USA claimed to have foiled an alleged Iranian plot to bomb the Israeli and Saudi embassies in Washington, DC and Buenos Aires.

In April 2022, the President Ebrahim Raisi of Iran declared that Iran’s armed forces will target Israel’s heart if it makes the slightest move”.

The next month on May 22, 2022 Colonel Sayad Khodayee of Unit 840 of the Iranian Army was assassinated outside his home in Iran by suspected Israeli assassins.

Lester B. Pearson quote has a deeper meaning today “Of all our dreams today, there is none more important-or so hard to realise-than that of peace in the world”.