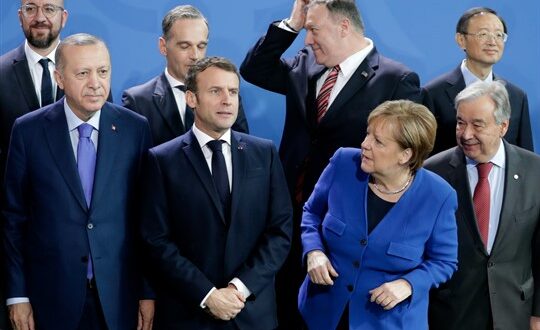 With Egypt reportedly on the brink of invading neighboring Libya, and troops from Chad said to be on their way north to join Gen. Khalifa Haftar in his fight to topple the internationally recognized government in Tripoli, what was already a complicated proxy war could soon become Africa’s first full-on intracontinental war in decades. That may not be all that is at risk, however. If Egyptian President Abdel Fattah al-Sisi delivers on his promise to come to Haftar’s aid, it could also result in a serious setback for two key American and European security priorities: securing the volatile Eastern Mediterranean and stabilizing the increasingly fragile NATO alliance.

The escalation of tensions along Libya’s eastern and southern borders recently reached a new peak after Egypt conducted a massive military exercise last week in its western coastal region near Libya. The breakaway parliament in Tobruk, in eastern Libya, that supports Haftar’s Libyan National Army then invited Egypt to intervene militarily to stave off a Turkish-backed offensive. Since neither the United States nor Russia is well-positioned to deescalate the situation given their own growing frictions, it seems increasingly likely that the conflict in Libya could eventually result in direct clashes between Turkish and Egyptian military forces—both U.S. allies.

Post Views: 133
Previous An Isolated Erdogan Learns the Cost of Hubris in Idlib
Next Russia’s Nonstrategic Nuclear Weapons and Its Views of Limited Nuclear War