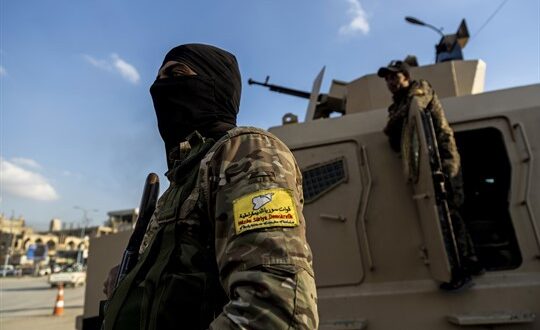 Turkey Is Playing With Fire in Syria

While the war in Syria has receded from the international spotlight, residents in the country’s northeast are bracing for a new wave of armed conflict. Turkish President Recep Tayyip Erdogan has for months threatened to launch a military invasion of the region to push back Syrian Kurdish fighters and create a buffer zone in the border area between the two countries. Turkish military deployments and diplomatic outreach to Russia suggest that a decision from Ankara to launch a military operation is likely and may even possibly be imminent.

Turkey maintains its own enclave within Syrian territory, in Idlib province. But it objects to the dominance in northeast Syria of the Syrian Democratic Forces, or SDF, which is dominated by the Syrian Kurdish YPG militia. The YPG has close ties to the Turkish Kurdish Kurdistan Workers Party, or PKK, which Ankara considers to be a terrorist group and with which it has been embroiled in an armed conflict since the 1980s. Turkey has made three major military incursions into Syria since 2016. This imminent fourth intervention could prompt some wider political and security realignments inside Syria. The commander of the SDF, which has been the United States’ primary military partner on the ground in Syria, has declared that he would seek a military alliance with Damascus in order to fend off a Turkish invasion.