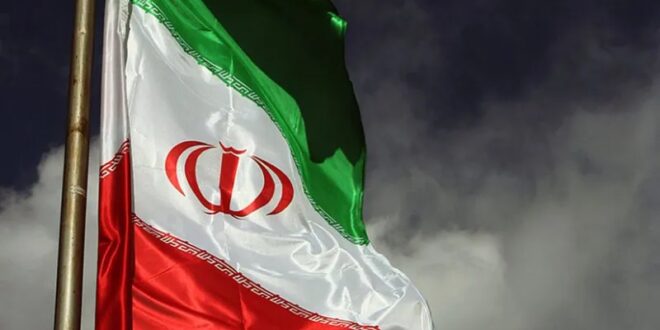 US And Israel Concede Iran Will Go Nuclear – OpEd

Iran getting the Bomb is not necessarily a bad thing, though in a perverse way.

An Israeli physicist who worked at Israel’s Dimona nuclear reactor, which produces the plutonium for the country’s nuclear warheads, published a Haaretz article declaring the the US and Israeli policy of “maximum pressure,” has utterly failed. Instead of preventing an Iranian bomb, Trump’s abandonment of the nuclear deal has permitted Iran to pursue one.

Noah Shamir writes: “Opponents of the agreement must take into account that without it, enrichment will reach the level needed for a bomb.”

He bemoans both Netanyahu and Trump’s thundering denunciation of the nuclear deal: “All of the above shows that by opposing the nuclear deal, Israel has reconciled itself to Iran’s becoming a nuclear power. The question is why. Benjamin Netanyahu declared morning, noon and night that Iran was preparing a nuclear Holocaust for us.” … “Israel’s reconciling itself to an Iranian bomb was thus tantamount to giving Tehran a license to kill.”

US intelligence, according to Shamir, determined two months ago that Iran would have the necessary uranium for a weapon in a matter of weeks. For that reason, both countries have reconciled themselves to the prospect of Iran becoming either a nuclear, or a threshhold state (in which it produces all the components necessary to make and deliver a nuclear weapon, but does not assemble the actual weapon and warhead).

Another alarming factor about Iran’s approaching the nuclear threshhold is, as Shamir says, the increasing difficulty of impeding it with the type of sabotage and assassination Israel has employed. As he says:

He adds that the clamor by war hawks to attack Iran and destroy (or so they believe) its nuclear capability is not possible unless Israel did so with US involvement. That doesn’t appear in the cards under Pres. Biden. Just as Barack Obama and George Bush both opposed such an operaton when Israelis proposed it to them.

Let me offer a contrarian view, but one offered by a number of Iran experts: Iran getting the Bomb is not necessarily a bad thing, though in a perverse way. Of course, nuclear proliferation is a very dangerous phenomenon. We already have far too many nuclear states. But if Israel has 200 nuclear warheads and the means to deliver them far beyond its own borders, Iran going nuclear would create a deterrent that would give Israel pause. Not only might it constrain the potential use of nuclear weapons, it would make Israel think twice about any serious attack on Iran. It might even constrain Israel’s conventional program of sabotage and assassination.

We’ve seen that North Korea’s nuclear arsenal has forced both China and the US to take a hands-off approach to Kim’s weapons tests. They know that if he is threatened he will have no compunction about using his arsenal. The unfortunate lesson learned is that nuclear states gain a status that non-nuclear states do not have. Mutually assured destruction, in a perverse way, ensures a certain level of stability in regional security. A good example of this is US-Russia relations. While each test the other and the limits of their respective military power (Putin in particular), both know they cannot directly attack the other without ensuring national destruction.

Iran is Happy With No Deal

Shamir says that the Iranians have no urgent need to sign a deal. The absence of one offers them freedom to pursue nucearization at whatever pace it chooses. While Trump and Netanyahu declared that sanctions would bring Iran to its knees, that hasn’t happened. The pipe dream of anti-Iran hawks that the privation caused by sanctions would incite Iranians to rise up and overthrow their leaders, hasn’t happened. This punitive policy hasn’t worked either.

All of this means that the joint US-Israeli approach has not only failed, but failed catastrophically. Lack of a deal, whether it was flawed or not, has freed Iran to proceed full speed ahead on the path to a bomb. Sanctions have not dented the economy to the extent that there is massive social disruption and disintegration. Iran still stands, wounded but unbowed. All the remonstrations of the Netanyahus of the Israeli right; and the Trump Republicans of the US right, have amounted to nothing.

For some reason, either the public and media don’t know this, or they’re too distracted by the war in Ukraine to care. This could be a strong talking point in the November mid-term elections for the Democrats. However, a large part of the failure of this policy lies on Joe Biden’s doorstep. In the interval between the presidency of Hassan Rouhani and the ascension of hardliner, Ebrahim Raisi, Biden continued to make unrealisitic demands of Iran which precluded an agreement. After the hardliners took over, the conditions Iran offered were even more stringent and the chance of a deal was dead.

Despite Shamir’s clear-eyed analysis of the failure of Israel’s policy, he makes the same mistake most Israelis make in analyzing Iran’s interests in the region. Shamir contends that if Israel has lost the opportunity to stop an Iranian bomb, it must redouble conventional (rather than nuclear) efforts to stop Iran’s ambitions in the region.

Instead of this conventional thinking. which determines that Iran is a regional threat to US and Israeli interests, that must be met with countervailing force, bolder contrarian thinking is necessary. The failure of the conventional policy demands a radically different one. The US and Israel should offer Iran full normalization. Mutual recognition, lifting of all sanctions, return to free and open trade and access to financial markets, an end to Israeli attacks on its nuclear program. If Israel stopped its attacks in Syria against Hezbollah and Iranian forces, it could demand the same of each of them. An end to the arms race pitting Hezbollah’s missile arsenal againt Israel F-35s seeking to destroy it.

In return, Iran might be persuaded to abandon its support for the Assad regime, Hezbollah, and the Houthis (the Saudis would have to stop their disastrous war in Yemen). If Iran feels it is gaining something of criticial value, it may be willing to turn away from arming its proxies. It might also be willing to return to a nuclear deal if it feels it is no longer under siege and threat of attack. Such a deal could include provisions restraining Iran’s ballistic missile program, a major demand of the war hawks.

Peace and diplomacy are the only answer. War and violence only play into the hands of hardliners on both sides. And as long as they prevail politically the disastrous status quo will continue. Clearly, we are nowhere near the scenario I sketched above. All three countries have leaders who either will not, or cannot make such a comprehensive deal. But if more analysts, think tanks, academics and journalists articulated such a vision, momentum could bring each state to the understanding that what failed should be abandoned; and a new approach is the only way out of the stalemate.