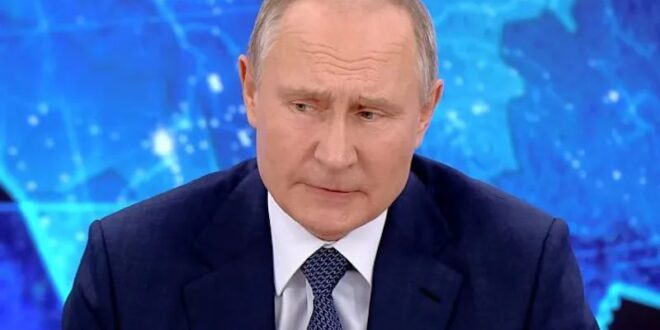 Russian President Vladimir Putin has made his political career on risks and gambles, which taken together have helped him solidify his position as one of the most feared strongmen in international society.

Drawing from his personal experience in the intelligence apparatus, he predicted the slow and minimalistic global response to brutal military actions in Chechnya, Georgia, and Syria. And, emboldened by this lack of international attention, he gambled once again on the annexation of Crimea and the funding of Russian proxies in the Donbas region of Ukraine, sending thousands of troops and FSB agents to destabilize the country. Now once more, faced with international inaction for eight years, Putin gave the green light for a full-fledged invasion of Ukraine – but this time he has received a reality check.

The ongoing Ukraine war has been met with global condemnation, turning Russia into one of the most sanctioned nations on earth. Ukraine was given ample amounts of heavy weaponry to repel the Russian Forces (RF), something the Syrian opposition and Georgians never received. The war itself has brought immense losses for both Ukraine and Russia, with tens of thousands of casualties. The material losses for the RF have been costly, and it could take many years to rebuild Russia’s military to full strength, especially in the event sanctions remain in-place.

Needless to say, the situation isn’t going as-planned: Russia’s “special military operation” was supposed to end with a quick and decisive victory for the Kremlin, displaying Russian military prowess vis-a-vis NATO and instilling fear in those who oppose Putin’s foreign policy – but in reality, the exact opposite has taken place.

NATO membership has expanded to Finland and Sweden, hampering the future freedom of movement of Russia’s Baltic Sea Fleet. The Ukrainian armed forces are being trained extensively in Britain, with other European nations providing training as well and, aside from the energy dispute, you could argue that Putin has united NATO in a way not seen since the aftermath of the September 11 attacks of 2001.

After the first few weeks of disorganization after the war broke out, the Russian military successfully consolidated forces in eastern Ukraine, achieving major victories in Luhansk and around the Izium axis, though these early victories came at a massive price.

As of August, both the Pentagon and UK Defense Ministry have estimated at least 80,000 Russian casualties over the past six months of the invasion. That is over 30,000 more casualties than the entire Red Army took in ten years of war in Afghanistan.

What Putin dubbed a “special military operation” has turned into the bloodiest conflict for Russians since WWII, and the effects are starting to be felt at home.

The Wagner Group, a mercenary organization shrouded in allegations of war crimes and closely affiliated with the Russian security apparatus, has reportedly been stepping up recruitment efforts in Africa, Central Asia, and even Russian prison cells. A lack of manpower has become a major issue as the Kremlin refuses to fully mobilize the Russian population. This is likely because the country’s demographic outlook is not favorable: with an aging population and many adult Russians fleeing abroad, it no longer has the kind of favorable demographics that the Red Army once did.

The invasion is not just having effects at home but also across Russia’s ‘near abroad.’ As manpower and logistical coordination become intractable issues on the Ukraine front, Moscow’s military and geopolitical might has started to wain elsewhere.

In May, Russia recalled several units from Syria to Ukraine, reflecting manpower issues in active-duty forces. This was predictably beneficial for President Erdogan of Turkey, who has announced he will start another offensive in Syria to flush out the SDF. Despite Putin attempting to persuade Erdogan to not push ahead in Syria, Ankara reaffirmed its willingness to conduct operations along the Turkish-Syrian border. Israel has also taken advantage as well, targeting Iran-backed militias as the Russian army struggles to maintain order on the ground. Likewise, several Russian units were withdrawn from Georgia to Ukraine.

In the Caucasus, tensions have flared between Azerbaijan and Armenia, particularly over the status of the Trilateral Agreement which Yerevan signed when it capitulated in the 2020 War. Baku looks to use their new gas deal with the EU and overextension of Russian forces to forcibly enact the agreement; Moscow arguably benefited from the Armenian capitulation, which grew its sphere of influence in the Caucasus in a way not seen since the USSR.

Russian mercenaries in Africa, who took advantage of the power vacuums on the continent and acted as a counter-weight against Western influence, have come under increasing scrutiny. The Wagner Group has been reportedly implicated in massacres in Mali, Libya, and the Central African Republic, and has been accused of pillaging gold in Sudan to finance the war in Ukraine. They have also suffered casualties from al-Qaeda attacks in Mali, stretching their contractors thin.

Recently, Putin signed a decree to increase his active-duty armed forces by another 137,000 troops. This will be difficult to achieve, as Russian demographics have changed dramatically such that the country will likely have a problem sustaining long-term conflicts. What is ironic about the 137,000 increase is that it is near the number of casualties Ukraine has estimated Russia has sustained since February. According to the Kyiv Independent, over 50,000 Russians have killed with an estimated 90,000 wounded and missing. Thus, the decree by Putin could very much indicate Russia’s overall losses during the war.

As Russian military power continues to wane, it has given the opportunity for countries like Kazakhstan to break away from Russian influence. The staggering casualties could also lead to pressure against Lukashenko’s regime in Belarus, which only survives on unconditional backing by the Kremlin. There has also been growing signs of dissatisfaction by prominent figures in Russia. Between the ultranationalists who want a full mobilization and have criticized Putin for his handling of the war and potential liberals in Russia, who may secretly attempt to negotiate behind his back to end the conflict.

Ukraine’s recent lightning offensive in the Kharkiv Oblast has further demoralized the Russian military and general population. The operation didn’t just catch Russia off-guard; even Ukrainian and Western military officials have been shocked at its speed and success in routing the RF from the Kharkiv region and into Donbas, with some forces even retreating across the border into Belgorod. For weeks, the ZSU amassed forces in Kharkiv while the Russian garrison requested forces, only to be ignored due to either forces being stretched too thin, reserves being sent to Kherson, or general strategic incompetence at general command. For several days, the Russian MOD refused to comment on the offensive and, on the same day Ukraine liberated the key city of Izium, Putin was opening the world’s largest roller coaster as if everything was normal. Putin’s seemingly blasé attitude at times risks further fueling the growing discontent amongst Russian military officials, politicians, and analysts over how the war is being conducted.

Vladimir Putin may have found himself in a ‘Pyrrhus of Epirus moment,’ where years of embarking on risky military ventures may have finally caught up to him.