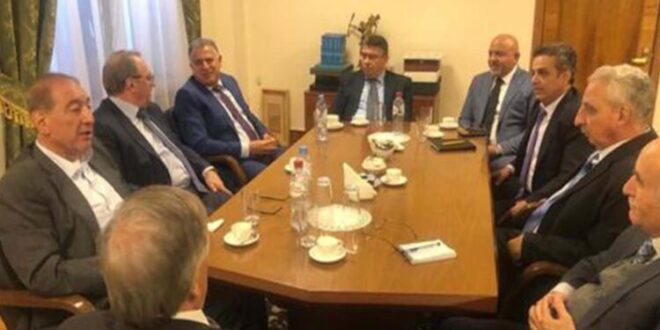 The SDC called for ending the Syrian tragedy and finding a sustainable solution via an intra-Syrian dialogue, according to North Press.

On Thursday, a number of Syrian parties and figures met with Mikhail Bogdanov, Special Representative of the President of Russia Vladimir Putin for the Middle East and North Africa and Deputy Minister of Foreign Affairs. They discussed reviving the political process in Syria.

The official website of the Syrian Democratic Council (SDC) announced that both Sihanok Dibo and Ali al-Asi met Bogdanov. They discussed prospects of launching the political process based on UN Resolution 2254 and “Working to end the Syrian tragedy and finding a sustainable solution that emanates from an intra-Syrian dialogue,” according to SDC.

This comes at a time the SDC prepares to hold a conference bringing together all democratically-oriented figures from all areas to exchange views and propose viable solutions to the Syrian crisis.