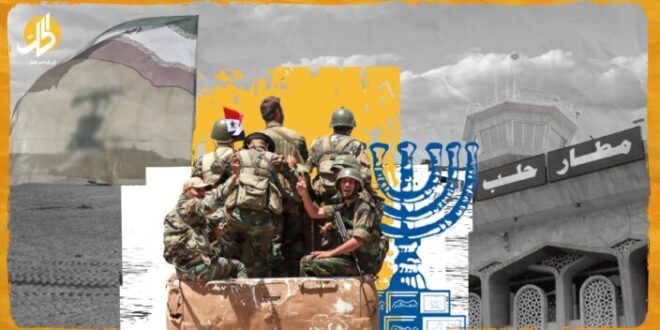 The Mossad in Damascus

The Lebanese Hezbollah announced the arrest of cells in the Syrian army dealing with the Mossad, according to al-Hal Net.

The Lebanese Hezbollah announced the arrest of cells in the Syrian army dealing with the Mossad. This comes after Israel increased its attacks on Syria and since the beginning of this year, has targeted vital and sovereign areas in the country, such as the airports of Damascus, Aleppo and scientific research branches in Damascus, Tartous and Hama.

This step, which was revealed by Arab and Lebanese media, is unprecedented in Syria, especially the official announcement of who’s behind it, the Lebanese Hezbollah which is an ally of the Syrian government. It did not mention the effort or steps of the Syrian Ministry of Defense, which is concerned with these moves that affect individuals affiliated with it, especially since the charges in this regard in the Syrian Constitution are considered “high treason” and punishable by death.

The accusation of “cooperating with hostile parties” and revealing Hezbollah’s intelligence role raises many questions about whether this event is the beginning of a new era for the Lebanese party and its incursion into the institutions of the Syrian army or whether the Syrian army, after these years, has already become worn out, and Damascus has no choice but to rely on Iran and its loyalist forces.

A media bubble or real cells?

Several days ago, Lebanese websites circulated a story about the Lebanese Internal Security Service, which experts and politicians consider to be informally under the authority of the Lebanese Hezbollah. According to the websites, Lebanon arrested a Syrian doctor from Lattakia, who lives in Sweden, and has recruited his brothers for the Israeli Mossad. This coincided with news of the investigation of officers in the Syrian army against the background of the bombing of Aleppo International Airport.

However, an expert on military affairs in the Middle East doubts the veracity of this information.

Iyad Maalouf says that such issues in the Arab world, according to the protocols followed militarily, are often shrouded in secrecy.

In Maalouf’s view, the publication of Hezbollah’s efforts to uncover Syrian cells that are informants, together with the Mossad, is a media bubble with two objectives: the first is to absorb the anger of the popular supporters in both Syria and Lebanon, which has denounced the lack of response to hundreds of Israeli raids targeting Syria from above Lebanese territory.

The other goal, according to the researcher in military affairs, is the emergence of the Lebanese group as a paramilitary organization supported by Iran, capable of being a serious political and regional player, which in strategic matters may replace the worn-out army institutions in Syria.