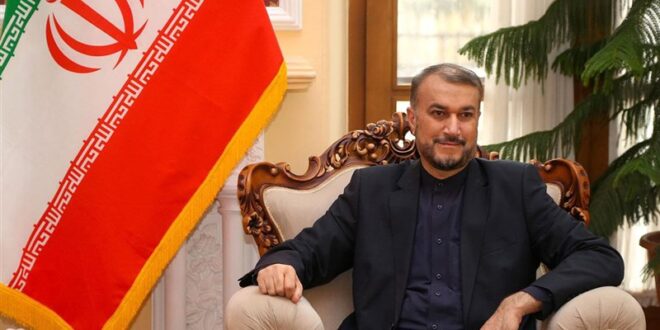 The Iranian Foreign Minister stated that the US has sent multiple messages to Iran through the foreign ministers of certain countries.

The Iraqi Foreign Minister Fuad Hussein was among a number of his counterparts from certain countries who carried America’s messages to Iran and vice versa, Iranian Foreign Minister Hossein Amirabdollahian said during an interview with IRNA news agency.

“We are now at a point where the American side is talking about goodwill and having the desire to reach an agreement, but it is critical for us that this goodwill be interpreted on the ground. Negotiations, talks, and efforts to lift the sanctions are all being discussed,” the Iranian minister said, adding that the European Union’s coordinator, Josep Burrell has recently proposed a text to all parties, specifically Iran and the US, regarding the matter.

Iranian minister went on to say that the Iranian side will continue its efforts and will not leave the negotiating table, adding it is now up to the American side to demonstrate whether it has the courage to make a decision on this matter or not.

Amirabdollahian said he also told Iraqi Foreign Minister, the bearer of the American message that the nuclear agreement and the regional security are two important issues that the US wants to discuss, adding that the US should avoid meddling in Iranian domestic affair, especially regarding the recent issue that occurred in Iran.

During the past few days, protests erupted in several Iranian cities over the September 16 death of Mahsa Amini, a young Iranian woman who died at the hospital a few days after collapsing at a police station in the capital Tehran, where she and a group of others were receiving educational training on dress code rules.

Despite Iranian officials’ clarification on the circumstances surrounding Amini’s death, the protests soon turned violent, with rioters attacking ambulances, police officers, and Islamic sanctities, among others.

The Islamic Republic has over the past days summoned the British and Norwegian ambassadors as well as the charge d’affaires of Sweden and France to voice the country’s protest at the respected governments’ stances about recent riots in Iran and their failure to protect the Iranian embassies.