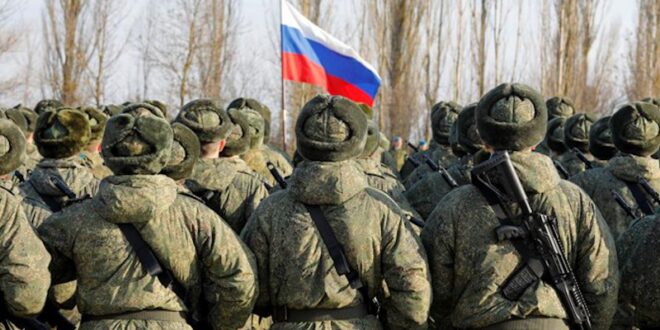 Ukrainian gains on the battlefield have been met by a widely-anticipated Russian escalation. On September 21, in a rare national address, Russian President Vladimir Putin announced the mobilsation of 300,000 reservists who would be called to serve in the war in Ukraine.

In recent weeks, the Russian army has suffered a number of setbacks due to its lack of sufficient manpower in the battlespace. Simply put, the Russians did not have enough combat troops to carry out their mission or to defend the vast area that has recently been annexed by Moscow.

Russia’s Special Military Operation was never designed to seize and occupy great swaths of Ukrainian territory. In essence, the SMO was a police operation aimed at locating and eliminating the Ukrainian forces that had been bombarding and killing ethnic Russians living in east Ukraine. After numerous clashes with advancing NATO-trained battalions, it’s clear that Russia needs significant reinforcements to roll back Ukrainian forces and impose a security buffer around its new provinces.

Russia’s critics see the under-staffing as an indication of military incompetence but, in fact, Moscow is merely adapting to a fluid situation in which both parties continue to raise the stakes. Here is an excerpt from a post by Big Serge at Substack that helps to clarify what’s going on:

Russia’s critics, of course, will dismiss this explanation as nonsense, even so, the calling up of 300,000 reservists shows that Putin’s generals realize they cannot achieve their strategic objectives with merely an “expeditionary force” but must adjust to changes on the ground. And that is precisely what they are doing; they are beefing up their forces at a time when Putin’s public approval rating is at an eye-watering 77%.

So, while an earlier mobilization would have undoubtedly been met with widespread condemnation and rejection, the great majority of Russians now fully support the policy. Simply put, Putin has won the hearts and minds of the Russian people. He has convinced them that their country, traditions, culture and lives face an unprecedented existential threat. Here’s more from Big Serge:

In short, the establishment media and political class have made Putin’s job easier for him by persuading even left-leaning Russians that the western nations –led by the US– despise all-things Russian and are determined to destroy their country and subjugate their people. Here’s Putin:

According to Putin, the collective west wants to plunder Russia, enslave its people, and create a colony whose wealth can be siphoned off by tyrannical bigots and foreign profiteers.

The media’s relentless attack on Russian athletes, scholars, scientists, musicians and even businessmen has only reinforced the view among ordinary Russians that they have entered the crosshairs of a violent and out-of-control western coalition that intends to deliver the same lethal death-blow to Russia that they did to Iraq, Libya, Afghanistan and countless other nations. Putin’s soaring public approval ratings underscore the fact that most Russians think the threat is real and that the battle must be joined. Here’s more from Big Serge:

The speed at which Putin annexed the four regions in Ukraine suggests that the real purpose of the action goes far beyond the expansion of Russia’s western border. The real reason Putin rushed through the measure was to fundamentally change the rules of engagement.

Needless to say, a Special Military Operation is worlds apart from the defense of one’s own sovereign territory. In other words, the real purpose of the referendum was to indicate that “the gloves are off” and that Russia is going to respond to Ukraine’s attacks with unexpected ferocity. Here’s Serge again:

Bottom line: Russia has now laid the groundwork for a broader and more violent conflict. 300,000 reservists have been called up, vast amounts of military hardware are being shipped to the front, and public opinion overwhelmingly supports the war-effort. All the signs point to a significant escalation in the fighting that will leave much of Ukraine in ruins while pushing Washington and Moscow closer to a direct confrontation.

Post Views: 129
Previous Iran: The Ayatollahs Cannot Control Their Gen Z – OpEd
Next Russia: Possibility Of A Forcible Change Of Power Can No Longer Be Dismissed – OpEd