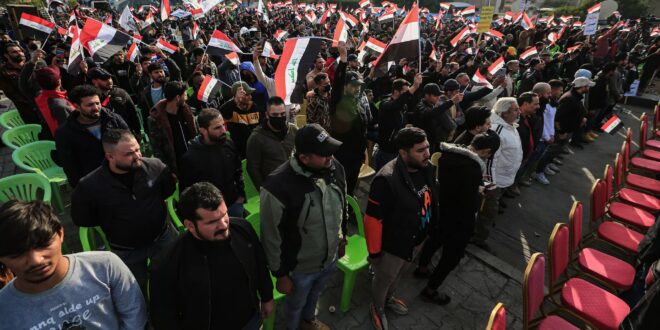 The Biden administration has made it clear to Iraq’s new prime minister that it will not work with ministers and senior officials who are affiliated with Shiite militias the U.S. has designated as terrorist organizations, two sources briefed on the issue told me.

Why it matters: Mohammed Shia al-Sudani became the prime minister after he was endorsed by the pro-Iranian factions in the Iraqi parliament, known as the Coordination Framework. These factions include some Shiite militias on the U.S. Foreign Terrorist Organizations list.

State of play: The Biden administration has already decided it will not work with the minister of higher education, Naim al-Aboudi, who is a member of Asa’ib Ahl al-Haq (AAH), a Shiite militia that is funded by Iran and was designated as a terrorist organization by the U.S., the two sources said.

Behind the scenes: U.S. ambassador to Iraq Alina Romanowski has met with al-Sudani five times since he took office less than three weeks ago, according to the two sources.

The big picture: The Biden administration is satisfied by the constructive engagement with al-Sudani it has seen so far, the sources said, adding that the U.S. will judge the new prime minister’s independence from Iranian influence by his actions.

What to watch: The Biden administration is concerned al-Sudani won’t have enough control over the Shiite militias, the sources said.

Post Views: 107
Previous The Russian-Turkish Bond to Harm the West
Next Turkey Briefing