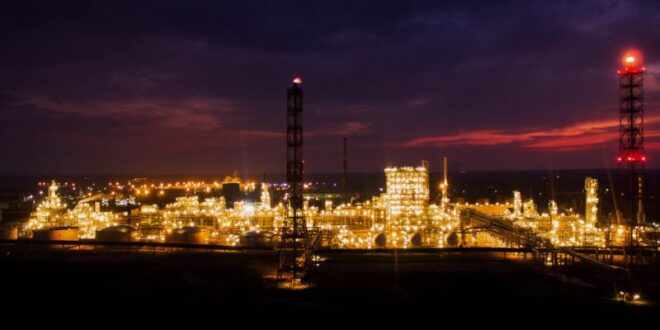 Bulgaria’s caretaker government and Lukoil Neftochim Bulgaria have agreed that it can continue operating and exporting oil products to the EU until the end of 2024, as long as it pays its taxes in full, despite European Commission warnings this would breach the bloc’s sanctions regime.

According to the Deputy Prime Minister for Economic Policy, Hristo Alexiev, the change will lead to an additional €350 million in the state budget.

“Today we achieved a very important step – from January 1, 2023, Lukoil will transfer all production, revenues, and taxes to be paid in Bulgaria, and not, as it was before, in the Netherlands or Switzerland,” said Alexiev during a briefing with the management of the Russian oil company on Monday.

“Within a week, after Bulgaria adopts the relevant legal acts, the supervision of Lukoil will make a decision to switch to a scheme in which it will transfer its real profits from oil processing to Bulgaria,” said the management of the Russian company.

The deal looks good for Lukoil, as it will de facto make Bulgaria a base for partially avoiding the European oil embargo.

In its June sanctions package, the EU banned Russian crude oil purchase, import or transfer from 5 December 2022 and other refined petroleum products from 5 February 2023 from Russia.

However, Bulgaria received a derogation “due to its specific geographical exposure” and will be able to continue to import crude oil and petroleum products via maritime transport until the end of 2024.

The European Commission has already announced that Lukoil cannot export petroleum products produced from Russian oil from Bulgaria, but the caretaker government claims the position of Brussels was misinterpreted by the Bulgarian media, the Ministry of Finance said in October.

The ministry pointed to an exception that exempts “refined petroleum products produced in a third country based on Russian crude oil and exported to another country or a third country” from sanctions “because they were produced outside Russia”.

In other words, petrol and diesel produced from Russian crude outside the bloc that otherwise follows EU-backed rules, such as the upcoming Russian oil price cap, can enter the single market. However, the government did not offer details on how to rule applies to Bulgaria as an EU member.

Meanwhile, the caretaker government in Sofia intends to cancel the decree of the previous government of Kiril Petkov, which prohibits the export of fuels produced by the Russian refinery in Bulgaria after 5 December. This will allow the Russian company to continue working in Bulgaria in the current regime until the deadline of 31 December 2024, when the special derogation for Bulgaria expires.

The company has long been a thorn in the side of Bulgarian authorities. In September, the Commission for the Protection of Competition accused Lukoil Bulgaria of abusing its dominant position by applying a “price squeeze” about the wholesale trade of fuels in Bulgaria.

Lukoil Neftohim Bulgaria, which joined the Lukoil group in 1999, is the largest oil refinery in the Balkans. Located in the Black Sea port of Burgas, the refinery was built so that it can only refine Russian oil and other rare types of oil from the Middle East.

The intermediary company in the oil trade for Bulgaria is the Swiss-registered company “Litasco”, which is a majority shareholder in “Lukoil Neftochim Bulgaria”, which buys crude oil from Russia’s Lukoil and sells it to a refinery in Bulgaria.

In this way, the payment of taxes in Bulgaria is avoided, and a larger part of the profit remains in Russia.

The Russian company said that it undertakes to increase revenues in the Bulgarian budget under four conditions – preservation of the macroeconomic environment, the plant to operate at maximum load, to use of Russian oil “Urals”, and lifting the ban on the export of oil products from Bulgaria.

Deputy Prime Minister Hristo Alexiev says that there is no reason why Bulgaria should not benefit economically from the situation and lose additional revenues from the budget. “Why deprive ourselves of €‎400-450 million in the treasury,” the minister said.

The money should come from a 10% corporate tax on the real profit of the refinery plus the withholding of a 33% temporary solidarity contribution on the difference in the taxable profit for 2022. The deputy prime minister warned that if the export of oil products from Lukoil is not allowed, the company will consider closing the refinery.

The executive director of “Lukoil Neftochim Burgas” Ilshat Sharafutdinov, noted that they had conducted “constructive negotiations” with the Bulgarian government. He commented that it is fair that taxes from the company’s activities should remain in Bulgaria.

“The plant in Burgas has been working under this scheme since 2020 so that the financial income can remain in Bulgaria. The economic reality since then did not allow for such excess profits. After changing the business scheme, we must realise that it is important to preserve the macroeconomic conditions – such as we have today. The other important condition is that the plant is maximally loaded with “Urals” (Russian oil),” Sharafutdinov said.