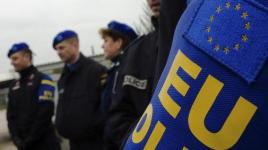 The letter by the New York-based organisation was sent to EULEX chief, Yves de Kermabon.

“Progress on prosecutions linked to the March 2004 riots and prosecutions for war crimes during the conflict that ended in 1999; relocation of protected witnesses to outside Kosovo and human rights scrutiny of the mission’s work” are recommendations given to EULEX.

According to the letter, fear still remains in Kosovo and the mission must ensure the citizens that the rule of law can operate effectively in changing the atmosphere.

Human Rights Watch also urged the new mission to put pressure on Kosovo authorities to investigate recent allegations that Serbs and other prisoners were transferred to Albania in 1999 where they were killed and had their organs and sold.

While the Parliamentary Assembly of the Council of Europe has begun an inquiry, Kosovo authorities have categorically refused to investigate, despite the gravity of the accusations, and are unlikely to act without a clear signal from the European Union that they should proceed.

The letter calls on de Kermabon, the mission chief, to subject his mission to the jurisdiction of the Human Rights Advisory Panel and to sign a memorandum of understanding with the Ombudsman institution of Kosovo which will allow the investigation of any complaints against the mission.