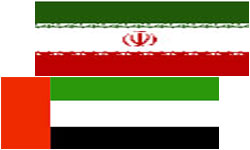 TEHRAN (FNA)- Iran International Exhibition Company (IIEC) is taking several initiatives to encourage Iranian companies to participate in exhibitions and trade events in the United Arab Emirates after Iranian exporters showed increased willingness to expand their business in the UAE.

An official from the company told Emirates business that currently about 30 Iranian companies are exploring the UAE market. Iran, which so far had subdued participation in some of the major trade events in the UAE, took part in the Autumn Trade Fair 2008 after a gap of four years with these 30 companies.

The official said the IIEC was working under the Iranian Ministry of Commerce, the Ministry of Finance and Economic Affairs, the president of Iran’s Trade Promotion Organization, the chairman of the Iran Chamber of Commerce, Industries and Mines and the country’s Central Chamber of Cooperatives to expand Iran’s exports.

The official said the UAE is the third-largest source of imports for the Iranian market. As per 2007 trade figures, out of $61.3 billion (Dh225bn) worth of raw material, intermediate goods, capital goods, foodstuffs, consumer goods and technical services imports to Iran, Germany accounted for 12.2 per cent followed by China, 10.5 per cent, and the UAE at 9.3 per cent.

Out of $76.5bln worth of exports in the same year – consisting of chemical and petrochemical products, dried fruits and nuts, and carpets – Japan absorbed 14 per cent followed by China 12.8 per cent, Turkey 7.2 per cent, Italy 6.3 per cent, South Korea six per cent and the Netherlands 4.6 per cent.

Electro Steel, a well-known Iranian refrigeration equipment company, is trying to find a business partner in the UAE.

Abbas Khabhasi, Electrosteel’s Sales Manager, said, “We are looking for dealers to sell our domestic brand of refrigerators and freezers in the UAE and other Persian Gulf countries.”

Azadeh Ghorban-zadeh, Export Manager of Anata, a food and confectionary company under the Nejati Industrial Group, said, “The domestic market is down due to the economic slowdown. We are keen to start business in the UAE, a gateway to the African market. Ten years ago we were in Dubai and we want to come back and increase our exports to the African market.”