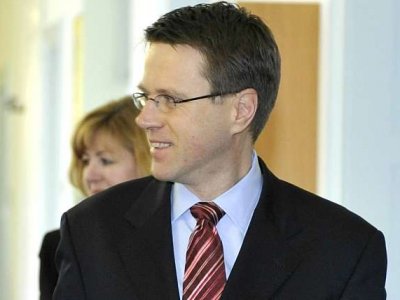 Slovenia vetoed Zagreb`s EU accession talks in December because of the border dispute, which goes back to the 1991.

Slovenia’s foreign minister insisted on Wednesday that Slovenia and Croatia must agree on the basic goal of an EU mediation effort in their border conflict before Croatia can continue its EU accession talks.

Slovenia vetoed Zagreb’s EU accession talks in December because of the border dispute, which goes back to the 1991 break-up of Yugoslavia. Unless the veto is lifted soon, Croatia will not be able to complete the talks this year, as planned.

Slovenia, which joined the EU in 2004, wants direct access to international waters in the northern Adriatic, which would force Croatia to cede some waters it sees as its own. Four small villages in the northern Istrian peninsula are also contested.

Croatia wants the mediation, proposed by the European Commission, to prepare the two sides to take their border row to an international court. Slovenia wants the mediators to define the common sea and land border of the two ex-Yugoslav republics.

“Unless we reach an agreement on mediation goals … Croatia will not be able to continue its (EU) negotiations,” Foreign Minister Samuel Zbogar told a news conference. Croatia has made clear it wants the veto lifted immediately after it accepts the EU as a mediator.

“I am convinced we shall join the EU without yielding an inch of our territory. Croatia shall not be blackmailed,” he told lawmakers.