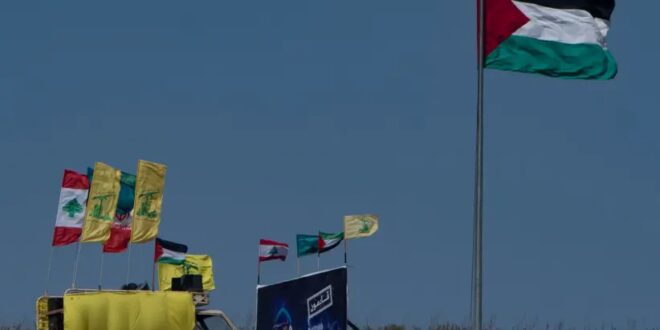 An Israeli-Palestinian union and a four-state solution – opinion

There are many details to discuss and negotiate but the elegance of its simplicity should be motivation enough to warrant careful consideration.

I didn’t become truly aware of the “Arab-Israeli conflict” until the 1967 Six Day War, when I was 11 years old. I have studied the conflict ever since both in academia and personally. In that war, the Israelis prevailed against the United Arab Republic (comprised of Egypt and Syria), Jordan, Iraq and Lebanon. As victor, Israel chose to hold and occupy most of the Sinai Peninsula and the Gaza Strip (from Egypt); the West Bank, including east Jerusalem (from Jordan, and the Golan Heights (from Syria.) These events of 1967 left on me a lasting impression as an 11-year-old as the concept of “fairness” laid squarely before me as a teaching at school and at home, however elusive it might be. “Justice” as a concept can be equally elusive. Plato stated, “justice is nothing else than the interest of the stronger” and certainly this view continues to be debated.

Throughout history, the conquering, taking and occupation, colonization and, often, annexation and incorporation of enemy land has been the rule with few exceptions. In the case of the Israeli-Palestinian conflict, we have witnessed the Camp David Accords with the agreed basis for a peaceful settlement underpinned by UN Security Council Resolution 242 in all its parts, the Egyptian-Israeli treaty, the Oslo I Accord, Israel-Jordan peace treaty and many other international efforts, agreements or “treaties” toward easing tensions among Israel and its neighbors. However, as most recently witnessed in Gaza, Israeli-Palestinian peace remains elusive. There are many reasons for this and the intractable positions, conditions for negotiating a peaceful settlement, are well documented by each party.

It is for these reasons that the elusive two-state solution is unachievable. Both Israelis and Palestinians have been immovable in their respective positions and will remain so in the near and distant future, as there are no signs of easing. Both sides desire Jerusalem as their capital and neither have shown they can agree on the issue. Palestinian “right of return” will not be accommodated by Israel. Security concerns will remain as border disputes and cross-border attacks would without a doubt continue. Issues of Israeli settlements in occupied land further complicates the notion of a two-state solution. These matters and a majority of much of what is contained in UN Resolution 242 and related documents are not acceptable to either or both sides. They would remain distrustful and hateful neighbors. The two-state solution is neither realistic or practical and ought to be discarded as a consideration.

A one-state solution based on Israel as it exists today with thoughts of a fully integrated country is also not realistic as issues of representation, equal rights and opportunities and security are seemingly impossible to resolve. The people who make up the Palestinian population have a strong sense of national identity and they desire autonomy, with their preference clearly as an independent country. This, too, is unrealistic and will not happen. What has been lost in both considerations are the concepts of objective “fairness” and “justice.” Any acceptable solution must be viewed by the Israelis and the Palestinians as fair, just and sustainable, yielding a lasting peace. Any acceptable solution must not favor either side but in the end favor all sides equally. Such an accord must seek to favor no one, yet benefit everyone in the region and beyond. Both sides must share a common vision of safety and security and work with each other to secure such an ideal. Common interests and common goals achieved through cooperation. This can only be accomplished through supporting a home to both peoples.

THE FOLLOWING conceptual framework is offered to all parties and everyone, as an elementary construct. Certainly, there are many details to discuss and negotiate but the elegance of its simplicity should be motivation enough to warrant careful consideration.

The formation of an Israeli-Palestinian Union is possible and would consist of four states. Israel will become two of the four states in the union: Israel, Judea, Gaza and the West Bank. An Israeli-Palestinian Union will encompass all borders of current Israel proper including the Golan Heights and the occupied territories of Gaza and the West Bank.
These four states would each have their own governance presumably an executive and legislative body all of which would (hopefully) be democratically elected officials. The four states would comprise one country under a central democratically elected representative government with a unified Jerusalem as its capital (perhaps its own jurisdiction – not part of any one state.) One centralized government with one military maintained for the common defense. The four states based on current demographics would result in two predominately Jewish and two predominantly Muslim states. Much like other countries with a “state system,” movement across all state lines would be unencumbered. The central representative government would develop a national immigration policy to address “right of return” and immigration to the country by Jews, Palestinians and others. Free movement and location of one’s residence among all states would be limited only by each citizen’s choice. No national or state sponsored discriminatory policies allowed.

Regarding, “identity” and “pride:” all residents of this country would be citizens of the Israeli-Palestinian Union and individuals, should they desire, could be given an opportunity to identify as “Israeli” or “Palestinian.” Current flags could remain for states with little if any modification and a new national unity flag would be designed, perhaps incorporating both current flags.

None of these decisions are mine to make. The primary stakeholders, Israelis and Palestinians, need to make the decisions. This approach will take courage and creativity to move forward but ultimately all win with this approach. The world powers of the Middle East and those around the world must work together inside and outside the UN to ensure the success of such a plan. The rights of Jews and Palestinians to exist in these ancestral lands must be universally accepted and defended for this to succeed. “They shall beat their swords into plowshares,” as Isiah 2:4 states. A fair and just peace need not remain elusive. Isn’t it time?

Post Views: 339
Previous Israel must stay out of the US-China struggle – editorial
Next Israeli Foreign Minister Kicks Off Visit to UAE

The governments of Greece, Albania, and Kosovo have reacted with shock to the series of …