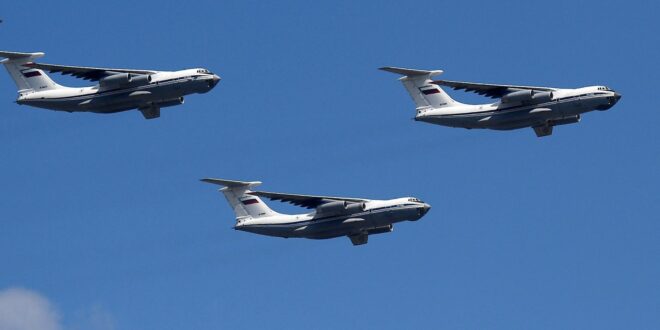 The Estonian parliament Riikokogu is appealing for a no-fly zone over Ukraine and has encouraged the EU and NATO to enhance Ukrainian alliances with the West.

The statements approved by 90 MPs in the 101-seat parliament underscore the solidarity felt towards Ukraine and anger towards Russia.

In its session on 14 March, the Riikikogu requested “UN member states to take immediate steps to establish a no-fly zone in order to prevent massive civilian casualties in Ukraine”.

These demands have so far fallen on deaf ears as NATO has been reluctant to challenge the Russian military.

Parliament also approved a communication inviting “the member states to support Ukraine’s official application for the status of the EU candidate state and calls on granting Ukraine a roadmap to membership in NATO”.

The Estonian appeal is somewhat belated since last weekend’s EU Summit in Versailles considered Ukrainian hopes for a fast-track membership unrealistic. Ukrainian President Volodymyr Zelenskyy also recently implied that his country is unlikely to apply for NATO membership in the near future.

In an interview with the Estonian News Service on Tuesday (15 March), former President Toomas Hendrik called for an immediate repeal of the NATO-Russia Founding Act according to which the alliance is not allowed to establish permanent military bases in some of the member states, even if they have been in NATO for over 20 years.

The former president also strongly questioned the wisdom of phone diplomacy between Putin and Western leaders.

“We are dealing with a war criminal. Did they phone up Hitler to ask him whether they could be a little nicer over there? Absurd!” said Ilves.