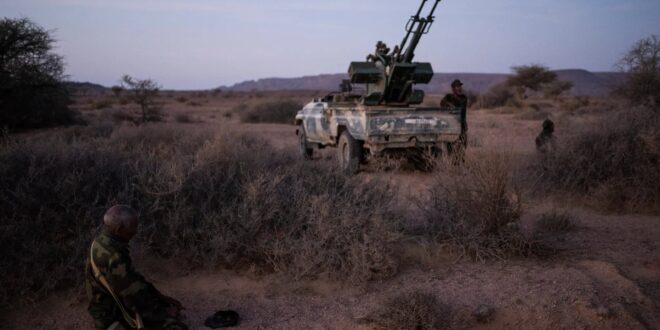 Madrid endorsed a plan for limited autonomy for the territory in northwestern Africa, but the change in policy was denounced by independence groups and could aggravate relations with Algeria.

In a bid to ease tensions with Morocco, Spain has recognized for the first time a plan drawn up by the African country for governing Western Sahara, a former Spanish colony that has been torn by a separatist conflict for five decades.

The endorsement of Morocco’s plan to grant some level of autonomy to Western Sahara could usher in “a new stage” in Spain’s relationship with Morocco, the authorities in Madrid said when announcing the move late Friday. But the development was immediately denounced by representatives of the Polisario Front, a separatist movement in the Western Sahara that represents the Sahrawi ethnic group.

The Moroccan plan would allow the Sahrawis to run their own administration, but under Moroccan sovereignty and with Morocco in charge of defense and foreign affairs.

The Polisario Front, which has long fought Morocco’s control over Western Sahara, with the backing of neighboring Algeria has demanded a referendum on self-determination, as prescribed by a 1991 cease-fire and U.N.-mediated talks.

Spain had previously sought to remain equidistant in the conflict, calling for a U.N.-brokered settlement that would fulfill previous U.N. resolutions. But during a news conference late Friday, Mr. Albares described Morocco’s autonomy plan as “the most serious, realistic, and credible basis” for a resolution of the conflict over Western Sahara.

The Moroccan Foreign Ministry welcomed what it called the “constructive commitments” from Spain over Western Sahara, adding that the shift creates “a clear and ambitious road map” that would reinforce the relationship with Madrid. On Saturday, Algeria’s foreign ministry recalled its ambassador in Madrid for consultations, while saying that it was “very surprised” by the new Spanish stance.

Spain and Morocco have often feuded over Western Sahara. Last year, Morocco recalled its ambassador to protest Madrid’s decision to allow the leader of the Polisario Front, Brahim Ghali, to undergo treatment for Covid-19 under an alias in a hospital in northern Spain. The disclosure of Mr. Ghali’s trip was followed by the sudden entry of thousands of migrants into Ceuta, a Spanish coastal enclave in northern Africa. Spain claimed that the influx had been facilitated by Morocco’s briefly lifting border surveillance.

The Spanish foreign minister, José Manuel Albares, is set to travel to Rabat, the Moroccan capital, in the coming two weeks to confirm his country’s new stance. Mr. Albares became foreign minister when his predecessor, Arancha González Laya, was removed after Moroccan complaints about Mr. Ghali’s secretive trip to Spain.

A Spanish association that supports the self-determination claim of Western Saharans described Madrid’s U-turn as “a new treason toward the Saharan people.” The association, CEAS-Sahara, said in a statement on Saturday that “the only solution that is fair, realistic and political is that chosen by the Saharan people, on the basis of international law, by holding a self-determination referendum.”

The people of the Western Sahara, CEAS-Sahara added, would never accept a status of autonomy within Morocco.

Western Sahara is a vast, arid territory in northwestern Africa that is larger than Britain but has a population under 600,000. In 1979, a United Nations resolution recognized the right of the territory’s people to “self-determination and independence,” considered the Polisario Front their representative, and “deeply deplored” Moroccan occupation.

Moroccan forces occupied Western Sahara after Spain withdrew in 1975. But the Polisario Front declared independence, calling the territory the Sahrawi Arab Democratic Republic. At the end of the 16-year war that ensued, Morocco was left holding most of the territory. Since then, further episodes of fighting have broken out, while a promise to hold a referendum, which was part of the cease-fire deal, has not been fulfilled, despite repeated U.N.-mediated talks about holding a vote.

José Taboada Valdés, honorary president of CEAS-Sahara, said: “If there is something that has been demonstrated over the more than 45 years of conflict, it is that it will not end unless people can freely decide their future. The rights of the Saharan people cannot be used as an exchange currency in our relations with Morocco.”

In trying to nurture the relationship with Morocco, Mr. Taboada Valdés added, Spain also risked undermining its standing with Algeria, a key supplier of the country’s gas, at a time when Russia’s invasion of Ukraine has forced energy prices in Europe to soar even higher.

Relations between Algeria and Morocco have been strained for some time. In August, with the dispute over Western Sahara still simmering and also partly in protest at the rapprochement with Israel, the Algerian government broke off diplomatic relations with Morocco. A month later, Algeria closed off its airspace to Morocco and, in November, it briefly stopped supplying Morocco with gas.

That pipeline shutdown was also aimed at depriving Morocco of tens of millions of dollars in fees it earns when gas transits the country en route to Spain. It was also a major problem for Madrid, which imports about half of its gas from Algeria, just as fuel prices were rising across Europe.

Spain’s shift over Western Sahara could also create tensions in the minority left-wing coalition government in Madrid. Yolanda Díaz, leader of the Unidas Podemos leftist party that is the junior partner in the government led by Prime Minister Pedro Sánchez, said on Twitter that she remained committed to “the defense of the Saharan people” and compliance with U.N. resolutions.

Post Views: 200
Previous Russia’s war for Ukraine could be headed toward stalemate
Next Russia-Ukraine war: Air raids sound in almost all Ukraine regions