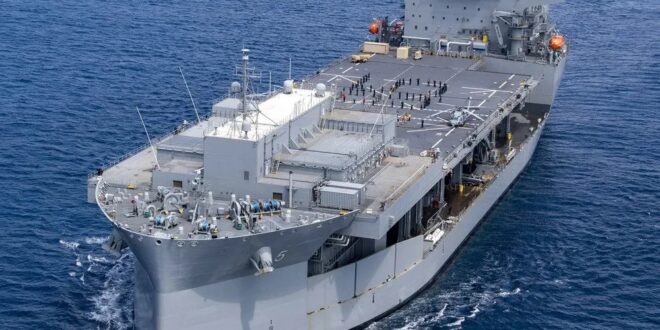 Some of the most important warships from the United States Navy were last seen within the vicinity of the contested South China Sea area. The aircraft carrier USS Abraham Lincoln is currently in Manila for a port visit after operations in the contested waters. USS Miguel Keith is also in the Philippines in preparation for the upcoming Balikatan 2022 — a large-scale joint military exercise between the US and the Philippines.

USS Miguel Keith: A Base at Sea

The USS Miguel Keith, an Expeditionary Sea Base (ESB), entered the South China Sea region for the first time on March 21 since it was released for deployment in the Pacific last Oct. 2021. The massive 90,000-ton vessel can be used as an offshore command base for the Navy.

ESB class ships are highly flexible and can serve as a staging platform for various military operations across different operational phases. Acting as a mobile base at sea, this class provides vital access to infrastructure that supports the deployment of troops and supplies troops in distant areas.

“This re-designation provides combatant commanders greater operational flexibility to employ this platform in accordance with the laws of armed conflict,” a Navy spokesman said to USNI News during the USS Miguel Keith’s service commission ceremony.