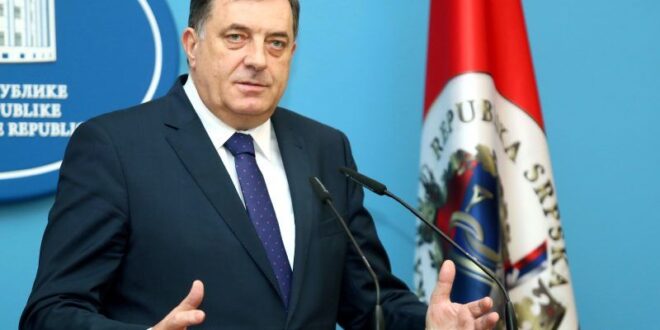 The decision is a direct consequence of Germany suspending projects in RS.

“Germany wants us to annul the conclusions we passed, which refer to the suspension of competencies of Bosnia and Herzegovina like (in sectors of) the military, indirect taxation because they know that having such document means an obligation for us which we will implement,” said Dodik, referring to the conclusions passed in RS’s National Assembly in December that were supposed to be implemented within six months after the adoption, N1 reported.

According to him, the situation in Ukraine changed many things, and it is only logical to postpone the implementation for another six months “due to new circumstances.”

“We don’t rush anywhere, but I can say that all documents were done and prepared,” said Dodik, the leader of the strongest party in Republika Srpska, the SNSD.

However, according to the presidency’s Bosniak member, Šefik Džaferović, postponing constitutes another “inflammatory move” that destabilises the situation in Bosnia and Herzegovina.

“And it is completely clear that Dodik is raising the issue again led by dangerous intentions. Announcing the formation of an unconstitutional entity army at such a tense moment in Europe following the Russian invasion of Ukraine can only be done by someone who, for their own interest, is ready to undermine peace,” Džaferović stressed.