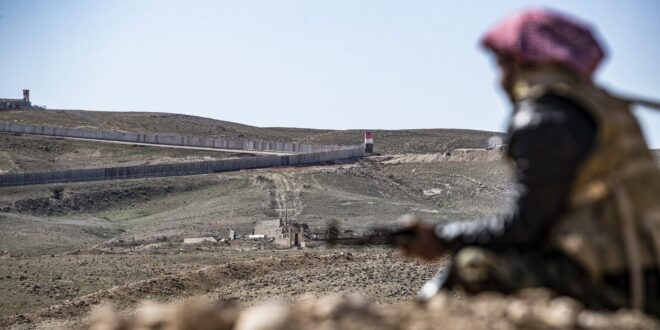 Several members of the SDF were killed in two separate attacks by ISIS fighters in northwestern Raqqa governorate, according to al-Modon.

On Tuesday, several members of the Syrian Democratic Forces (SDF) were killed in two separate attacks by ISIS fighters in northwestern Raqqa governorate, in eastern Syria.

Local sources told Al-Modon that ISIS gunmen attacked a military vehicle belonging to SDF on the Kabash town road northwest of Raqqa. They added that six SDF members were killed and wounded in the attack.

According to an ISIS spokesman, the attack responded to the February 2022 killing of al-Qaeda leader Sheikh Abi Ibrahim al-Qurashi and his spokesman, Abu Hamza al-Qurashi, in an international coalition’s base in the town of Atma, north of Idleb.

Local sources told Al-Modon that two more SDF members were killed by an explosive attack targeting a military vehicle near the village of al-Hariji , in the north of Deir-ez-Zor governorate.

For its part, the agency Amaq, ISIS’ media department, announced that ISIS had organized these successive operations against SDF in its areas of control. ISIS also claimed responsibility for the attack that targeted SDF near the base of the Omar oil field, in the east of Deir-ez-Zor.