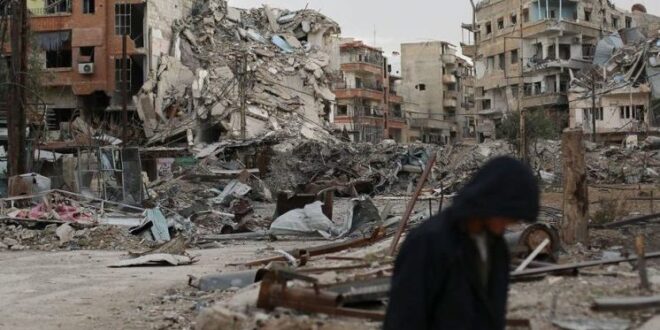 “Syria Is a Hot Conflict, Not a Frozen One,” Pedersen

Pedersen said the conflict in Syria gives rise to threats to international peace and security, according to North Press.

UN Special Envoy for Syria Geir Pedersen said on Tuesday “Syria is a hot conflict, not a frozen one,” referring to the recent escalation in separate areas of the country.

“Airstrikes and clashes are intensifying amid continued exchanges of rocket fire and shelling across all frontlines,” Pedersen, said in his latest briefing to the Security Council in New York.

He also expressed concern over the fact that five foreign armies operate on different sides of the Syrian conflict, pointing to Israel, Turkey, Russia, the U.S. and Iran.

“The conflict also still gives rise to threats to international peace and security of the first order,” adding that Syria is still among the greatest humanitarian crises of our era.

He continued “Therefore, my message today is simple: focus on Syria.”

On the humanitarian level, the UN envoy urged all concerned states to expand cross-line and cross-border assistance to enhance efforts for early recovery to build resilience.

Pederson also talked about the detained and missing, “Tens of thousands of Syrians remain detained, abducted or missing, and without progress on this file many Syrians will be unable to even begin to think of moving on.”

He also referred to the displacement in Syria, “half the pre-war population are refugees or internally displaced — and some data shows that the rate of return continues to decrease.”

Pederson called for addressing the fears and concerns that prevent Syrian refugees and internally displaced persons from returning.

He also pointed out that Syrians still face a devastating economic crisis.

The UN special envoy for Syria pointed out that he has sent invitations to the 8th round of Syrian constitutional committee talks.