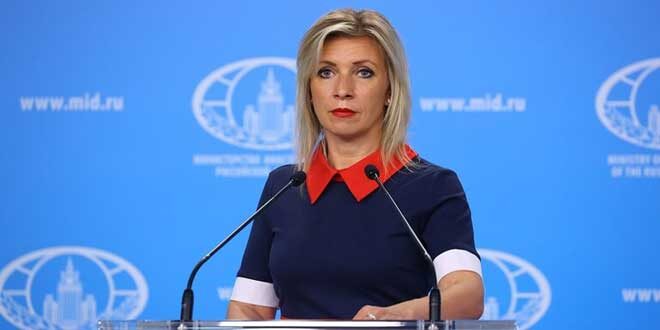 After affirming that the Israeli occupation entity supports the neo-Nazis in Ukraine, the spokeswoman for the Russian Foreign Ministry, Maria Zakharova, revealed today that there are “Israeli” mercenaries fighting in Ukraine alongside the extremist nationalists.

Zakharova, in an interview with Sputnik Agency, added that there are “Israeli” mercenaries fighting alongside the ultra-nationalist battalions within the “Azov” terrorist organization in Ukraine.

Zakharova said that the politicians of the Israeli occupation entity who amplify the media campaign against Russia do not like what she will tell them, but they will take care of it soon, adding “There are Israeli mercenaries fighting by the side of the fighters of the Azov terrorist organization.”

Leaked secret documents published by the Russian Rebar newspaper had revealed a list of mercenaries fighting within the so-called “International Legion” in Ukraine, which included 45 nationalities, most notably from the United States, Britain, France and Israel, in addition to other European countries.