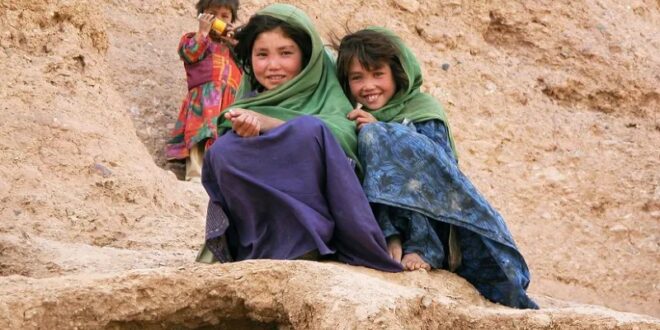 The world has been witnessing difficult situation for the refugees, living across the world due to ongoing global military conflicts. The ultimate targets, who suffered more in this situation, are refugees, be it Afghan or others. 20 June is an international day designated by the UN to honor refugees around the globe. It falls each year on June 20 and celebrates the strength and courage of people who have been forced to flee their home country to escape conflict or persecution. World Refugee Day is an occasion to build empathy and understanding for their plight and to recognize their resilience in rebuilding their lives.

World Refugee Day is a time for us to build awareness and a call to action to support refugees and internally displaced persons. The UN has created World Refugee Day in June 2016 to send a message to governments that they must work together and do their fair share for refugees. This day is also to “commemorate the strength, courage and perseverance of millions of refugees.”

Pakistan hosts millions of Afghan refugees. The influx of those seeking refuge began in 1979 in the aftermath of the Saur Revolution and the USSR’s invasion of Afghanistan. Pakistan is neither a signatory to the UN Convention relating to the Status of Refugees (the Geneva Convention) nor to the Protocol Relating to the Status of Refugees of 31 January 1967.

The war in Afghanistan has taught us a lesson regarding the lives of refugees. Due to the war in Afghanistan, approximately 3 to five Afghanis crossed the border and came to Pakistan to seek refuge and shelter. Pakistan, despite having less economic means, not only accepted whole-heartedly, but also provided them various options in order to meet their daily expenses. Pakistan, as of now, is still hosting 3 million registered Afghan refugees without any discrimination. The Afghani people have now established their businesses across the country.

In recent years, Pakistan has shifted its policy towards Afghan refugees. Between early 2017 and January 2022, the country reportedly fenced around 90 % of its border with Afghanistan, making formal and informal border crossings much more difficult. However, due to the ‘porous’ nature of the border, undocumented crossings continue to occur.

Likewise, 20 June shed lights on the rights, needs and dreams of refugees, helping to mobilize political will and resources so refugees can not only survive but also thrive. While it is important to protect and improve the lives of refugees every single day, international days like World Refugee Day help to focus global attention on the plight of those fleeing conflict or persecution. Many activities held on World Refugee Day create opportunities to support refugees.

As per official figures provided by the UNHCR, there are 82 million refugees across the world, who are seeking better life opportunities for their loves ones. 48 million people are internally displaced. 26.4 million are refugees and around half are under the age of 18. 4.1 million individuals are asylum seekers. 68% of refugees come from Syria, Venezuela, Afghanistan, South Sudan and Myanmar. Turkey Pakistan, Colombia, Uganda and Germany are the top refugee-hosting countries. 1 in every 95 people on earth has fled their home because of conflict and persecution.

Right now, across the world, millions of children are caught up in conflicts they played no part in creating. Children make up more than half of the world’s 22.5 million refugees from countries like Syria, South Sudan, Yemen, Uganda, and Bangladesh. The recent events in Afghanistan only add to the existing global refugee crisis, forcing tens of thousands of people to flee violence and persecution.

The situation in Ukraine and great power rivalry is making the things complicated for refugees especially Afghans. The focus of US has also been shifted from Afghanistan to Ukraine. The Afghanis are desperately looking for more aid from Afghanistan and other developed countries in order to improve their life cycle. It is pertinent to mention here that Pakistan, despite all odds, has been extending all possible help to support its Afghan brethren. The world must not ignore Afghani people and ensure provision of aid to the war-torn country and its refugees, who are seeking better future. The abandonment of Afghanis by international community will have negative lasting implications for global peace. It is also high time for international community to come and join hands with Pakistan to develop and synergize efforts for refugees.

Post Views: 78
Previous How Money Printing Destroyed Argentina And Can Destroy Others
Next Ukraine Crisis And Its Impact On Transatlantic Relations