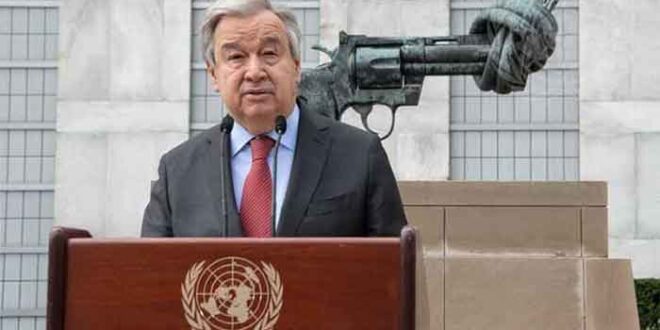 The global mankind witnessing a fearsome and ferocious flow of military actions and reactions causing tragic human causalities that could inundate all norms of morality and civilizations plunging us to timeless darkness. Do the leaders know what they are doing or are they all delusional by Nature? When We, the People of knowledge speak truthfully of the creation of human beings and human Nature, we echo inspiration from the Divine Revelations – the truth and nothing but truth – the Qur’an, the Bible and Torah reveal similar narrative as a staunch REMINDER:

“Behold, thy Lord said to the angels: I will create a vicegerent on earth. They said” Wilt Thou place therein one who will make michchief and shed blood; whilst we do celebrate Thy praises and glorify Thy Holy Name. God said: I know what ye not know.” (The Qur’an: Chapter 2:30).

We, the People of globe aspire for peace, not for wars or destruction of human habitats by warmongering of the few. The genius or disgenius of global leaders and governments are under question if they are listening to voices of reason and truth or simply counteracting perpetuated ignorance and political arrogance to further their own agenda for political hegemony and strategic control. William Goldwin (Enquiry Concerning Political Justice and its Influence on Modern Morals and Happiness. 1793), quotes Russian author Tolstoy reflecting on the government as lacking perception of wisdom to deliver peace and justice to masses: “I regard all the government, not only the Russian government, as intricate institutions, sanctified by tradition and custom, for the purpose of committing by force and with impunity the most revolting crimes…..our social life should be directed towards the liberation of themselves from the national governments whose evil and above all whose futility is in our time becoming more and more apparent.”

The emerging conflicts between the old cold war era enemies represent amassed collections of deep mistrust, hatred and temptation of historic disorder to victimize the rest of mankind. There is no leadership vision and workable plan on table to change the course of contemporary tragic events, massive deaths and destruction as morality and human intellect continued to decline for a navigational change – for an immediate ceasefire- for workable peace. The leaders, global institutions such as the UNO and stated political agendas are devoid of reason and futuristic imagination stopping the ongoing conflict between Russia and Ukraine and reversing the picture of utterly undecribale shadows of entrapment for larger global wars and human miseries. It is the common person that endures the unthinkable pains and sufferings caused by this unwarranted war. Leaders breathe oxygen in comfortable palaces surrounded by phoney advisors and guarded by paid soldiers. Our life, Time and Future witness endless self-repeating moments of tragic tensions of history as happened during the TWO WW overwhelmed by war economies and intriguing free will politics of the few warlords.

We, the People, We, the Humanity are reliving the unthinkable horrors, bloodbaths and massacres of innocent civilians watching the daily news screen in Ukraine and what happened during the Two European World Wars – still fresh on human slate of memories. Wars and aggressions kill people and do not produce peace and harmony but resentment and degeneration. History illustrates when a nation or its leaders challenge the limits of the Laws of God and approach near the end of their lifespan, insanity takes-over common sense and they tend to ignore warnings and reject all voices of reason.

The NATO, the EU and Russia created strategic divides and now bombing the perpetuated animosities. They all invest in military campaigns and guns and bullets as the solution. There is no check and balance strategy open to international accountability – no international law and no so called preservation of the Geneva Conventions. Contrary to the official statements, the daily killings of the civilians go unabated across Ukraine –Russian War Theater.

Today, NATO’s Secretary General Stoltenberg predicts, “Ukraine war could last for years.” One wonders, why he is not talking of peace-making efforts rather than prolonged war. Analyzing critically and comparatively, most Western leaders defy the logic of reason and honesty while reflecting on the current war between Russia and Ukraine and its spill-over impacts on all global nations. Most are not truthful about their strengths and weaknesses, they are fearful of their own obsession of animosity which could not be defined in simplistic narrative against Russia – the outgrowth of the former USSR. Do the Western leaders (America, NATO and the EU) have the capacity to stop Russia and its four month’s long invasion of Ukraine?

They launched a bogus war against Iraq Weapons of Mass Destruction (2003) , but Russia has far more superior advanced weapons against the West and its affiliated entities. Even the US Congress joined the wrongful war against Iraq. Did the US, NATO and its allies realize the horrible mistakes of the past? Have they learned any moral and intellectual lesson from the living history? If conventional wisdom is in place, they can all communicate and meet President Putin, President Zellensky and arrange a global peace conference. What is wrong with that pursuit for the good of humanity? But both sides appear flamboyant and making immeasurable statements of claims and counter-claims of military triumphs raging the global media networks. If leaders are not open to listening the truth, they cannot claim to be the leaders of informed global citizens.

Leaders Who Could not Lead – We, the People Look for Peace and Conflict Resolution

We, the People of globe believe in human unity, peace and One Humanity. If any part of our body is inflicted with pain and anguish, we all feel the same but the global leaders are obsessed with war. They need to learn how to co-exist in universal harmony and be at peace on this Earth. When they bomb a town, they inflict pain and sufferings on us – the One humanity. They should take a trip to outer space to view the existence of the Earth and how the all Powerful God has created it, sustains life and continues to manage it harmoniously despite large scale human ignorance and violations of the Laws of Nature. Are they all in conflict with the Nature of Things? Could the warmongers grasp the basic knowledge – how the planet Earth exists and moves at its axis and rotates at 1675 km per hour or 465 meters per second that is 1,040 miles per hour. The Earth’s circumference at the equator is 40,075 km. And the length of time the Earth takes to complete one full turn on its axis is 23.93 hours. And how all the living beings get lifelong nourishment within the splendid Universe? Do people ponder and realize how human beings are created by the Divine process and how societies flourish since time immemorial? This understanding is critical towards peacemaking and peaceful co-existence within the Universe. The continued bombardments and missile attacks on civilians will increase tragic tensions, not the unity of the masses targeted by war machines.

To challenge the deafening silence of the American, Russian and Europeans, and of all the authoritarian rulers for global peace, harmony and security, the global community must find ways and means to look beyond the obvious and troublesome horizons dominated by the few warlords and continued to be plagued by daily massacres, displacement of civilians, barbarity against human culture and civilizations, destruction of the habitats and natural environment as if there were no rational being and people of reason populating the God’s created splendid and living Universe. The global human conscience feels an urgent need to organize peaceful public protests and sit-ins against the warmongers. Stop this intentional blood shed on innocent people or else you are going to be punished by God as you are violating the basic covenant of human life on Earth. The lingering suspicion foretells that egoistic leaders are escaping the truth of their actions which could lead to catastrophic ends. You as humans have a choice to reason and or be unreasonable as part of your Nature. What is happening between Russia and Ukraine must not be viewed indifferently by all the global war players. If Russian, America and NATO leaders are honest, proactive and accountable to the global community, they urgently need proactive advisors of new ideas and creative strategic thinking to cope with multiple scope of the political conflicts and humanitarian crises and to find peaceful and workable solutions away from the entrenched political box of the few global warmongers.

Recently this author proposed a strategy of communication to global leaders to resolve the conflict on both side of the iron curtain: (“https://www.uncommonthought.com/mtblog/archives/2022/04/19/ukraine-russia-and-the-easter-of-insanity.php and https://english.pravda.ru/opinion/151200-easter/) 4/19/2022:

To stop the war in Ukraine, the US, the EU, NATO should have a direct face to face communication with President Putin. It could be facilitated under the G20 auspices. It is logical when people of diversity and opposing ideals come to talk directly, tensions and evil mongering is reduced to reason and mutual interest. This has not happened except military options for weapon supplies and enlargement of the scope of regional conflict. Time and history will not forgive nor forget any of the leaders if they failed to agree to an immediate ceasefire and peace deal.