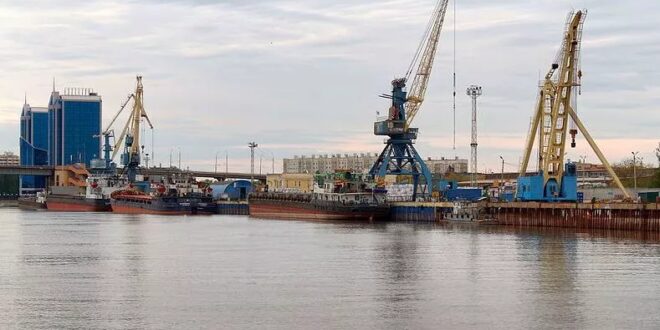 The Rise of Multimodal Transportation Among Russia, Iran and India

As the Ukraine war has entered its fifth month, and two decades after Iran, Russia and India signed the International North-South Transport Corridor (INSTC) in 2002, Dariush Jamali, head of the Iranian-Russian Port of Solyanka in Astrakhan Oblast, announced that the first transit shipment from Russia to India had been sent through Iran by way of the INSTC (Mehr News Agency, June 11). This shipment passed on a multimodal route through Astrakhan Port, specifically the Solyanka part (Russia); Bandar Abbas and Chabahar ports (Iran); and Nhava Sheva Port (India).

In this process, the Solyanka section’s role is critical, which was classified as the first among 15 ports on the Volga River and in the Republic of Dagestan in 2020 (Portnews.ru, June 14). Since a decade ago, the Islamic Republic of Iran Shipping Lines has bought 53 percent of Solyanka shares in Astrakhan. Solyanka is important because the main part of Iranian sea trade is in the Caspian Sea with the Port of Astrakhan; a smaller portion of this trade is also dedicated to Makhachkala Port.

Iran’s attention to Astrakhan Port is not new and, in the past decade, has not been limited to the purchase of 53 percent of Solyanka shares. Iran has a consulate general and a branch of Mir Business Bank in Astrakhan, which, along with the Moscow and Kazan branches, is crucial in facilitating banking and financial transfers between Iran and Russia. Likewise, the Iran Trade Center was inaugurated in Astrakhan on October 25, 2017. This 200-year-old center had been closed after the Russian Revolution of 1917 (Ana.press, October 25, 2017). Additionally, in recent years, various Iranian companies have invested in the Lotus special economic zone (SEZ) in Astrakhan.

Therefore, given the conditions of the Ukraine war, Astrakhan Port and Solyanka have become two of the most important transit links between Iran and Russia. In fact, this route should be considered in the context of the INSTC, which has three routes running from Russia to Iran, through Central Asia, the Caspian Sea and the South Caucasus. Since restrictions have been placed on passages from Russia to Europe in response to the war, Moscow’s attention to all three transit routes has increased significantly.

In Central Asia, the road and rail routes connect Russia to Iran through Kazakhstan and Turkmenistan. In the South Caucasus, due to the severance of relations between Russia and Georgia, the road route from Russia to Azerbaijan through the Baku-Astara highway is the most consequential passage from Russia to Iran. Although the linked railway networks of Russia and Azerbaijan still lack a physical connection with Iran, at present, the only remaining gap is a 164-kilometer railroad section from Rasht to Astara. Until this segment is finished, freight moving by train must be transferred to trucks and then back again (see EDM, May 16). Due to Russia’s strong need for the north-south corridor, new agreements have been made between Iran and Russia to complete the Rasht-Astara section and Tehran has sought to attract Russian investment for the project (Shargh, April 30).

Since no direct rail connection exists between Iran and the Caucasus, the Astara-Baku-Dagestan land route is considered the main transit route from Iran to Russia, which has experienced increased traffic in recent months. This condition is one important reason for Iran and Russia to expand the transit capacity of the sea route through the Caspian Sea. In fact, the passage through Astrakhan, Solyanka and Makhachkala ports to Iranian ports makes it possible to re-route portions of the Caucasus traffic through the Caspian Sea.

Among Iran’s several ports on the Caspian Sea, the two ports of Amirabad and Anzali are central to the rapid transfer of containers from Solyanka and Astrakhan to the southern ports of Iran, including Bandar Abbas. In the meantime, Chabahar Port, as Iran’s only port in the Gulf of Oman, is critical for communication among India, Iran and Russia within the framework of the north-south corridor (see EDM, April 18). In this regard, a tripartite agreement was signed between the Lotus SEZ, Anzali Free Zone Organization in the Caspian Sea and Chabahar Free Trade–Industrial Zone in the Gulf of Oman (Cfzo.ir, June 19, 2019). Currently, a 634-kilometer railroad section between Chabahar and Zahedan in southeastern Iran is the only remaining gap that prevents direct rail connections from Chabahar Port to Anzali Port. The head of Iran’s Construction and Development of Transportation Infrastructures Company has said the Chabahar-Zahedan railway project will be completed by the end of Iranian calendar year 1402, which corresponds to March 20, 2024 (Tehran Times, March 4).

Furthermore, India’s motives for participating in the INSTC are also important. India is one of the founding members of the project and signed a historic three-country deal to develop the strategic Chabahar Port as a crucial node in a “transit and transport corridor” through Afghanistan on May 24, 2016 (see EDM, September 28, 2021). Indeed, India has continued to engage with Iran on the Chabahar-Zahedan railway project since a memorandum of understanding was signed between the two countries during Prime Minister Narendra Modi’s visit to Iran in 2016 (Financial Express, February 4, 2021). The completion of this project will give India the possibility to connect to Mashhad and Sarakhs in northeast Iran as well as Central Asia through Chabahar Port and to reach Anzali Port in northern Iran, south of the Caspian Sea.

This multimodal transportation corridor will also provide India with the opportunity to connect Nhava Sheva Port, the second-largest container port in the country, with Chabahar Port in the Gulf of Oman, Anzali Port on the Caspian Sea’s southern coast and Astrakhan and Solyanka ports on the northern part of the Caspian Sea that borders Russia. It is vital to keep in mind that the main trade route between Russia and India is the sea route through the Suez Canal. Therefore, establishing reliable links in the aforementioned passages would cut India’s time and cost for transporting goods in half.

Ultimately, the war in Ukraine and Russia’s transit restrictions with Europe have caused a great deal of movement in the INSTC. Under these circumstances, Moscow is striving to make the most of the combined transportation routes through Central Asia, the Caspian Sea, and the Caucasus and to develop trade with other economic partners, such as China, Iran, Turkey, and India, in hopes of reducing the negative consequences of Western sanctions on the Russian economy.